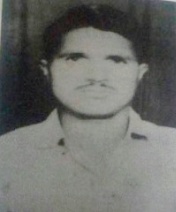 Lance Naik Malik Mohammad Iqbal hailed from Rajouri district of Jammu & Kashmir and was born on 31st May 1942. Son of Shri Malik Jafar, he joined the army on 31st May 1960 at the age of 18 Years. He was recruited into 1 J&K Militia, an infantry Regiment known for its gallant soldiers with a long history of numerous battle exploits. By the year 1971, he had put in around 11 years of service and had been promoted to the rank of Lance Naik. By then he had served in various field areas and gained substantial experience to be a battle-ready soldier.

During the 1971 war, L Nk Malik Mohammad Iqbal's battalion was deployed in Jammu & Kashmir. On 5th Dec 1971 his unit was ordered to raid a Pakistani Post which was located in the occupied territory of J&K. By the time L Nk Mailk and his comrades reached the post, the enemy opened up the automatic weapons and 2 inch mortars. They faced attack by intense and accurate small arms and mortar fire from an enemy bunker. Realizing the gravity of the situation L Nk Mailk sensed that the enemy mortar had to be silenced at any cost to stop the causalities on our side.

In a daring move, L Nk Malik immediately rushed forward and single-handed charged at the enemy mortar. However while doing so, he got mortally wounded, but undeterred continued the charge. Eventually he managed to silence the enemy mortar before collapsing on the battle-field. He showed exemplary valour and devotion to duty made the supreme sacrifice. L Nk Malik was a fearless and committed soldier who laid down his life at the age of 29 years in the line of his duty.

L Nk Mohamamd Iqbal  was a member of party ordered to raid an Pakistani Post in the Pakistan occupied territory of Jammu & Kashmir. On December 5th 1971 as the party was towards the post, where enemy opened up the automatic weapons and 2inch mortars causing heavy casualties to own the troops. Sepoy Iqbal then realized the necessity of silencing the enemy mortar and charged the mortar post single handed.  And in this process he was killed.