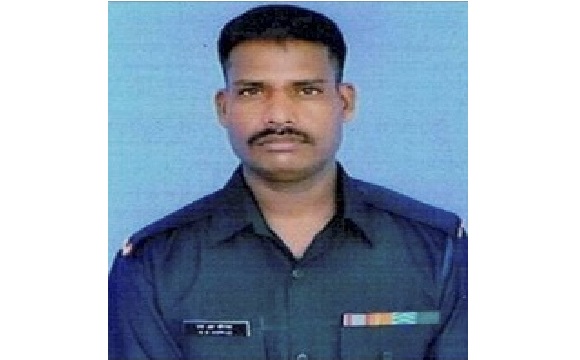 Lance Naik Hanumanthappa Koppad belonged to Karnataka’s farming family of Betadur village in Kundagol taluk of Dharwad district. The youngest in the family, Lance Naik Hanumanthappa Koppad always wanted to join the Army since his childhood. He came up the hard way, attending high school at Aralikatti village by walking 6 km every day. And, despite being rejected thrice in the Army recruitment rallies at Belagavi, Dharwad, and Gadag, he kept on trying and finally managed to get into the Army in the year 2002.

Lance Naik Hanumanthappa was recruited into 19 Madras of the famed Madras Regiment, a regiment known for its fearless soldiers and various battle and theater honours. In the year 2012, Lance Naik Hanumanthappa Koppad married Mahadevi (Jayashri) and had a daughter, Netra. By 2016, Lance Naik Hanumanthappa had put in about 13 years of service and served in various operational areas with demanding conditions. Lance Naik Hanumanthappa had served in difficult and challenging areas for 10 out of 13 years of his total service. His postings included Jammu and Kashmir from 2003 to 2006, where he was actively involved in counter-insurgency operations. He was again deputed to serve with the 54 Rashtriya Rifles in Jammu and Kashmir from 2008 to 2010, and later in the northeast from 2010 to 2012 where he took part in operations against militants. He was serving in the high-altitude areas of the Siachen glacier from August 2015.

During 2016, Lance Naik Hanamanthappa was serving in Siachen area, known as the highest battlefield in the world with extremely hostile weather conditions. On 3rd February 2016, he was manning a post opposite Pakistani troops in an area prone to avalanches and landslides. On the glacier, the soldiers contest an area where they have to deal with altitude sickness, high winds, frostbite and temperatures as low as minus 60 degrees Celsius (minus 76 degrees Fahrenheit).