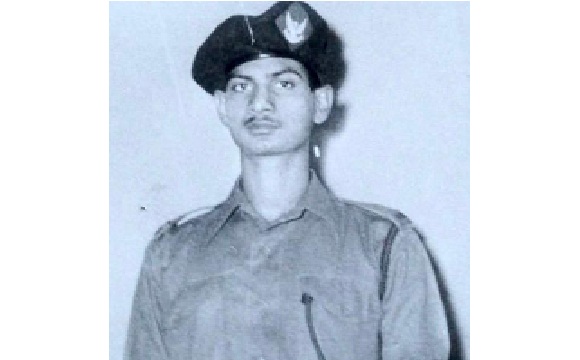 Lance Naik Gurmel Chand Mall hailed from Hakimpur village in Jalandhar district of Punjab. Son of Late Shri Banta Ram Mall and Late Smt Jai Kaur Mall, he had two brothers Shibu Ram Mall & Devraj Mall and a sister Gurmit Kaur as his siblings. He joined the army after his initial education as he was inclined to serve in the Armed Forces since his younger days.  He was recruited into 5 Mahar Battalion of the Mahar Regiment, an Infantry known for its fearless soldiers and numerous battle honours. 5 Mahar was raised on 23 Mar 1948 at Amritsar under Maj Tirath Singh. The Battalion was involved in various operations since its raising and had won many laurels. It played a key role in the re-capture of "Pul Kanjari" in 1948, and then went on to participate in the 1962 operations too.

As a young Sepoy, he joined his unit and soon got involved in various field operations. After serving for sometime, he got married to Ms Chano and the couple had two sons Hansraj and Resham Lal.  As the war clouds gathered on the horizon in early 1965, Lance Naik Gurmel Chand's unit got deployed on the western border and he got the opportunity to take part in active operations in early part of his career.

During Nov 1965, Lance Naik Gurmel Chand Mall's unit 5 Mahar was deployed on the western border.  Though the Indo-Pak war actually commenced on 01 Sep 1965, when Pakistani forces attacked the Chhamb sector, the border tensions were running high months before that resulting into numerous border skirmishes along the LOC. Lance Naik Gurmel Chand and his unit personnel got deployed on the western front along with many other Infantry and Artillery units. Though the Indo Pak war officially ended on 23 Sep 1965, border skirmishes were continuing thereafter to occupy positions of advantage.

Lance Naik Gurrmel Chand Mall is survived by his sons Shri Hansraj Mall and Shri Resham Lal Mall and the extended family that has now settled down in UK.

Lance Naik Gurrmel Chand Mall is survived by his sons Shri Hansraj Mall and Shri Resham Lal Mall and the other members of the extended family include :