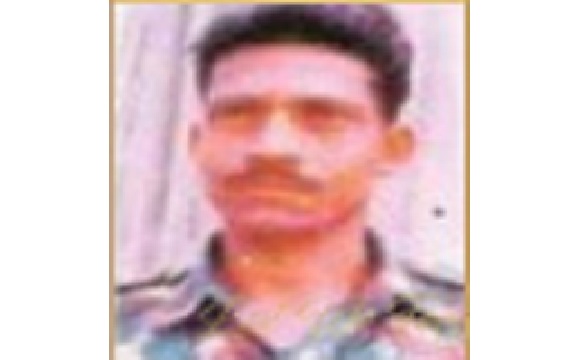 Lance Naik Birendra Nath Tiwari hailed from Bihar and was inclined to join the Army since his younger days. Eventually, he joined the Army after completing his school education. He was recruited into the 12 Bihar battalion of the Bihar Regiment, an infantry regiment well known for its gallant soldiers and a number of battle honours.

During November 1999, L/Nk Birendra Nath Tiwari’s unit 12 Bihar was deployed in J&K for counter-insurgency operations. Though ‘Operation Vijay’ had drawn a two-way close but the Line of Control was still active with sporadic incidents of trans Line of Control violence. On 9th November 1999, the Pakistan Army launched an attack on the post, preceded by a heavy artillery bombardment. The Pakistani attack was repulsed, but in a bid to put an end to frequent hostile actions by the enemy, Indian Army decided to launch a well-coordinated operation. The operation was called “Operation Birsa Munda”, an Indian tribal freedom fighter and folk hero who belonged to the Munda tribe and had spearheaded a tribal religious movement in the late 19th century, during the British Raj. L/Nk Birendra Nath Tiwari was part of Ghatak Team, which was tasked for the operation under the leadership of Capt Gurjinder Singh.

L/Nk Birendra Nath Tiwari along with his comrades launched the operation on 09 Nov 1999. The enemy forces resorted to heavy artillery, mortar and small arms fire but that did not deter L/Nk Birendra Nath Tiwari and other soldiers. Heavy snowfall and poor visibility further increased the degree of difficulty. The post located at a height of 11200 feet, was snowbound. Undeterred by the hostile weather and enemy fire L/Nk Birendra Nath Tiwari and his comrades charged with fury onto the enemy bunkers. In the ensuing operations, 17 enemy soldiers were killed, 14 bunkers were destroyed and a large number of arms and assorted ammunition were captured from the enemy post. However during the heavy exchange of fire,  L/Nk Birendra Nath too received gunshots and got severely injured. He soon succumbed to his injuries and was martyred.  L/Nk BN Tiwari displayed outstanding courage and gallantry while fighting the enemy and made the supreme sacrifice in the best traditions of the Indian Army. Besides L/Nk Birendra Nath Tiwari the other martyred soldiers during the operation included Capt Gurjinder Singh (Who was awarded MVC), Sepoy Birendra Kumar, Mention-in-Despatches (Posthumous), and Sep Manoj Kumar Singh, VrC (Posthumous).

L/Nk Birendra Nath Tiwari was a valiant and dedicated soldier who laid down his life in the service of the nation. He was awarded Mention-in-Despatches (Posthumously) for his commendable courage, devotion to duty and supreme sacrifice.