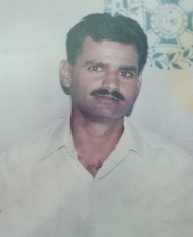 By 1999, Lance Naik Bachan Singh had put in about 10 years of service and had evolved into a intrepid and committed soldier. After completing his initial training in the Regimental center at Delhi cantt, he served in various operational areas and developed his field craft and soldierly skills.

By early May 1999, Pakistani forces had intruded well across the LOC, in the Mushkoh, Drass, Kaksar and Batalik sectors. The extent of penetration across the LOC varied from 4 to 8 kms in each sector. In many vital points, neither artillery nor air power could dislodge the enemy forces, who were not in visible range. The Indian forces had no option but to send up the soldiers for direct assaults which were slow and took a toll. One such mission was assigned to 2 Raj Rif to capture Point 4590 on the treacherous, icy slopes of Tololing in the Drass sector. Lance Naik Bachan Singh was part of the assault team of 2 Raj Rif that was assigned the task led by Maj Vivek Gupta.

As with so many of the later operations in Kargil, this too was a dangerous mission requiring an uphill accent towards entrenched enemy posts who had the advantage of height and a bird’s eye view. However Lance Naik Bachan Singh along with his comrades fought valiantly and succeeded in capturing two Pakistani posts along the way to the Point 4590. But soon after in the ongoing fierce gun battle Lance Naik Bachan Singh got hit by the bullets. He later succumbed to his injuries and was martyred. Lance Naik Bachan Singh was a gallant and committed soldier, who laid down his life in the service of the nation.

Lance Naik Bachan Singh is survived by his wife Smt Kamesh Bala, and his two twin sons Hitesh Kumar and Hemant Kumar. Almost exactly 19 years later, his son Hitesh got commissioned as a lieutenant in the Indian Army, and joined the same Regiment where his father had served to continue the legacy.