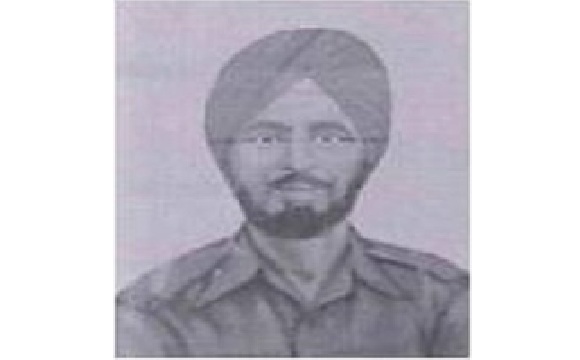 Lance Havaldar Piara Singh hailed from Ludhiana district of Punjab. Son of Shri Moti Singh and Smt Bishan Kaur, he joined the army after completing his school education. He was recruited into 7 Sikh LI battalion of the Sikh Light Infantry regiment an infantry Regiment with a rich history of valour and battle honours.

During 1966, Lance Hav Piara Singh's unit was deployed in Manipur and was engaged in counter-insurgency operations on a regular basis. The AOR(Area of responsibility) of the unit was affected by the anti-national activities of the insurgents who would attack the security forces every now and then. Consequently the unit troops had to maintain a very high level of alert at all times and be prepared for action at a very short notice. Based on the information from the intelligence sources, 7 Sikh LI planned one such counter-insurgency operation on 25 Dec 1966. The operation was planned essentially to neutralize a hostile camp falling under the AOR of the unit. Lance Hav Piara Singh was part of the team that was tasked for this operation.

Lance Hav Piara Singh was given the gallantry award, “Shaurya Chakra” for his commendable courage, devotion to duty, fighting spirit and supreme sacrifice.

The citation of "Shaurya Chakra" awarded to him reads:

On 25th December 1966, Lance Havaldar Piara Singh was commanding a Platoon which was responsible for attacking and destroying a hostile Camp in Manipur. While assaulting a feature of this camp the platoon came under heavy hostile LMG fire. Lance Havaldar Piara Singh moved forward from a flank and charged the hostile party. While doing so he received bullets in his chest. Undaunted he rushed the LMG and firing from the hip and killed the hostile who was manning it, but immediately thereafter he succumbed to his injuries.

In this action Lance Havaldar Piara Singh displayed courage and determination of a high order.