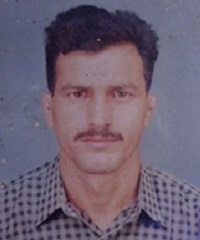 Havildar Sanjeev Kumar Rana was a brave soldier in the Indian Army who lost his life in Pathankot attack in Jan 2016. He was one among seven soldiers who sacrificed their lives defending the base.

Hav Sanjeev Kumar hailed from Sehwan village in Himachal Pradesh. His father, Rattan Rana, too had served in the Army before him. Hav Sanjeev Kumar retired from the Army in 2009 and later joined the Defence Security Corps (DSC), a force that takes care of the security of Defence Establishments. During 2016, he was posted at the Pathankot air base. He was married to Pinki Devi and had three children, two daughters, and one son. Hav Sanjeev Kumar’s family had settled down in Sehwan village in Kangra district of Himachal Pradesh.

Hav Kumar got grievously injured in the attack and faced five bullets which hit him in the chest. He was taken to a military facility but soon succumbed to his injuries. Hav Sanjeev Kumar Rana was a brave soldier who rose to the occasion and laid down his life in the service of the nation.