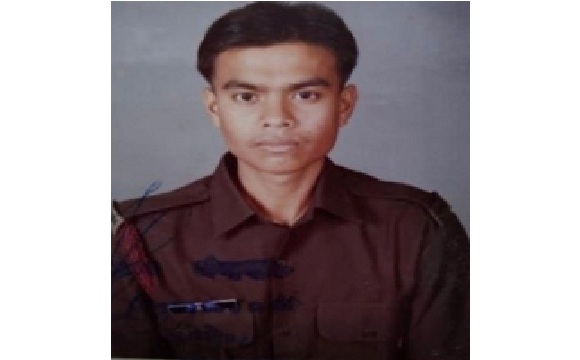 Havildar Biresh Sinha hailed from Ratabari village Ramkrishna Nagar tehsil of Karimganj district in Assam. Son of an Army veteran Babulok Sinha, Hav Biresh wanted to serve in the Army since his childhood like his father. Eventually he joined the Army after completing his school education. He got trained as an operator in the Army Aviation Corps, the air arm of the Indian Army. He functioned as part of the air crew and soon gained experience in various Helicopter operations.

During 2022, Hav Biresh Sinha was serving with the 252 Army Aviation Squadron deployed in the North-East. The squadron was operating Advanced Light Helicopter (ALH), which was known to be a high-performance helicopter designed for operation over a very wide range of weight, center of gravity and altitude conditions. Out of the four variants—(ALH Mark 1, Mark 2, Mark 3 and ALH-WSI) available in the Army, Hav Biresh Sinha's Sqn was operating ALH-WSI (Weapons Systems Integrated) versions having powerful engine, called Shakti, co-developed by Hindustan Aeronautics Limited (HAL) and Safran of France. The Advanced Light Helicopter (ALH-WSI) was versatile, multi-role, multi-purpose, highly maneuverable, and rugged in construction. On 21st Oct 2022, Hav Biresh Sinha as an operator was tasked for an air mission with  Major Vikas Bhambhu and Major Mustafa Bohara as pilots along with 2 other crew members.

The crew took off from Likabali in the Lower Siang district in their Helicopter to carry out the assigned task as per the operational plan. However as Hav Biresh Sinha's aircraft reached a forward area around Migging in Upper Siang district in Arunachal Pradesh, the Helicopter faced an emergency situation.  Arunachal Pradesh was considered to have some of the most difficult terrains in the country, throwing unexpected challenges to the pilots. The mountains and the rapidly changing weather conditions caused a huge number of air mishaps and casualties. The Advanced Light Helicopter presumably developed a serious snag that the pilots could not rectify in time. The pilots sent a MAY DAY call to the Air Traffic Control (ATC) suggesting a technical or mechanical failure.

Both the pilots had more than 600 combined flying hours on the Advance Light Helicopter (Weapon Systems Integrated) and over 1800 service flying hours between them. Major Vikas Bhambhu and Major Mustafa Bohara were experienced pilots with substantial flying experience but they apparently did not get adequate time to bring the aircraft under control. Consequently, the aircraft crashed at around 10:43 am and Hav Biresh Sinha and other crew members could not survive the crash. A joint search operation with teams from the army and air force was launched immediately after locating the crash site, which was very remote and extremely challenging in terms of hills with steep gradients and thick jungle. The search and rescue team eventually managed to retrieve the mortal remains of the valiant soldiers. Besides Hav Biresh Sinha, the other martyred soldiers included Major Mustafa Bohara, Major Vikas Bhambhu, Naik Rohitashva Kumar and Craftsman Aswin KV. Hav Biresh Sinha was a valiant and dedicated soldier, who laid down his life in the service of the nation.

Hav Biresh Sinha is survived by his parents, wife and a daughter.