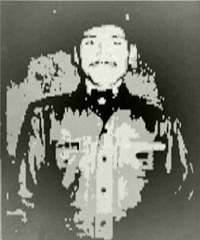 Havildar Satingian Phunchok was born on 17th June 1929  in Dwara village of Kullu district in Himachal Pradesh.  In the year 1948,  Hav Satingian  Phunchok was enrolled in the army  at the age of 19 years, on 17th June which happened to be his birthday too.  He was recruited into  7th Battalion of J&K Militia, which on 01 June 1963, became part of Ladakh Scouts along with 14th Battalion of J & K Militia.

On 27th October morning Hav Satingian Phunchok was leading his unit of J&K militia at Changal post. Chinese army had built up significant concentration of their troops in that area and on the fateful day large number of the their troops attacked the Indian army post and  shelled heavily on them. Hav Satingian Phunchok single-handedly fought with extreme courage. As  commander he did not yield an inch until he was overpowered in his trench and was killed. He inflicted heavy casualties on enemy  however, he succumbed to injuries and laid down his life in  the service of  nation.

Havildar Satingian Punchok was Second in Command at Changla Post, Ladakh. The post was heavily shelled and attacked by the Chinese in overwhelming numbers on the morning of 27th October 1962. Havildar  Phunchok  showed unflinching courage and inflicted heavy casualties on the enemy. He did not yield an inch until he was overpowered in his trench and killed.

He displayed courage and devotion to duty of a high order.