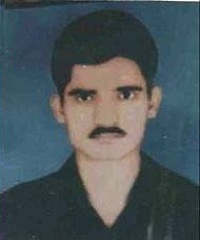 Havaldar Dola Ram was born on 17th January 1965 in village Sakroli of Nirmand tehsil of Kullu district in Himachal Pradesh. He completed his primary education from Govt high school Nithar. After he completing his education Hav Dola Ram joined Indian Army on 5th August 1985 and was enrolled in the Parachute Regiment.

During Kargil operation in the year 1999, Dola Ram’s unit was deployed in J&K. On 3rd July 1999, Havaldar Dola Ram while fighting the Pakistani intruders laid down his  life and attained martyrdom.

For his act of bravery and valour in the face of enemy he was awarded with Sena Medal posthumously.