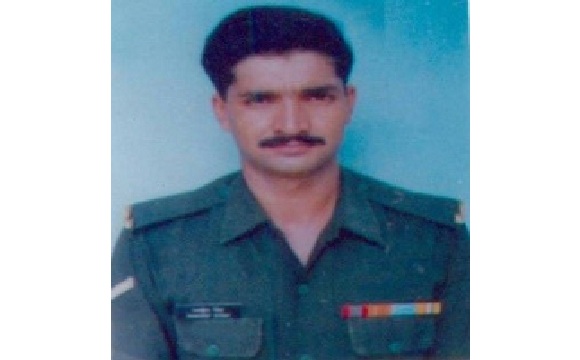 Hav Randeep Singh Jammu district in Jammu And Kashmir. After completing his school education he joined the Indian army and was recruited into 6 Dogra battalion of the Dogra Regiment, an infantry regiment known for its gallant soldiers and numerous battle honours.

During 2015, Hav Randeep Singh’s unit was deployed in Manipur in the northeastern part of the country. There had been militant activity in the border region of Manipur in the early part of the year 2015. In response to this, 1,463-km of an un-fenced border between Manipur and Myanmar had been sealed and the Army and paramilitary forces had launched a major counter-offensive against the militants. On the 4th of June, the 6 Dogra infantry was heading to the capital of Manipur, Imphal in a 4-vehicle convoy. While they were crossing the Chandel district, on the way, they were ambushed by militants. The tribal guerrillas fired rocket-propelled grenades and detonated improvised explosive devices on the convoy, causing extensive damage.

Hav Randeep Singh was a brave and dedicated soldier who laid down his life in the service of the nation.

This profile is currently being maintained by hwwwnourpoint.in. However, we would invite the family members, unit/formation or former colleagues of this brave soldier to contribute additional information and maintain this memorial site as well, thereby assisting us in our endeavour to spread awareness about this great Indian and inspire future generations.