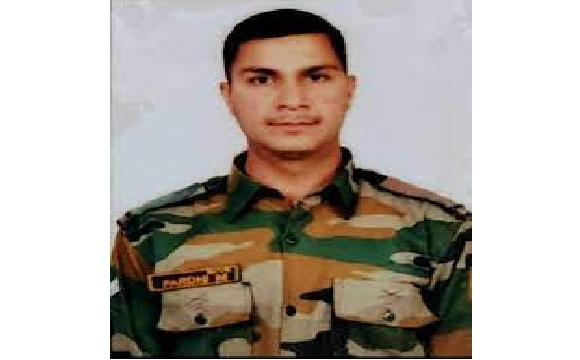 Hav Mahendra Bhaskar Pardhi hailed from Chirekhani village in Tiroda Taluka of Gondia district in Maharashtra and was born in the year 1985. He had one elder brother Chandrashekhar Pardhi and two younger brothers Sonu Pardhi & Phanendra Pardhi. He completed his initial education at Chirekhani village and later at Tiroda in Maharashtra. After completing his education, he joined Army in the year 2004 at the age of 19 years. He was recruited into the Maratha Light Infantry Regiment, an infantry Regiment with a rich history of valour and battle honours.

After serving for few years he got married to Ms.Gayatri and the couple had two sons Janav and Shivaay. By the year-2022 he had been had put in over 18 years of service in the army and had served in various operational areas.

During 2022, Hav Mahendra Bhaskar's unit was deployed in the Upper Siang district of Arunachal Pradesh near the Indo-China border. The AOR(Area of Responsibility) of the unit spanned over remote rugged mountainous terrain with extreme weather conditions, especially in the winter season. The troops were deployed on various forward posts and often undertook patrol to monitor the area in between the manned posts. Also heavy snow fall often blocked the roads and hampered the movement of troops which necessitated frequent snow clearance operations. Hav Mahendra Bhaskar was leading one patrol team comprising 4 other soldiers on 22 Mar 2022 in Upper Siang district of Arunachal Pradesh in the AOR of his unit.  As the troops were traversing through the planned route, a horrific snow storm struck them.