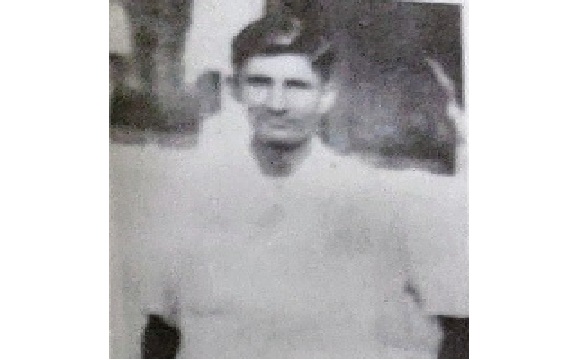 Gunner Sujan Singh hailed from a family of Gurdaspur in Punjab, which had migrated from Sialkot in Pakistan during partition. He had five brothers as his siblings and grew up in a family of farmers. Like many youths in Punjab, he was also inclined to join the Armed Forces since his younger days. He eventually joined the Army after completing his initial education.

He was recruited into the 14 Field Regiment of the Regiment of Artillery, an important combat support arm of the Indian Army, well known for its field guns and heavy weaponry. Very early in his service career he got involved in thick of operations, as his unit got deployed on the western sector in view of the war clouds gathering on the horizon.

During 1965, Gnr Sujan Singh's unit 14 Fd Regt was deployed at Pathankot in Punjab. In response to Pakistan’s aggressive activities opposite ‘Rann of Kutch’ in Gujarat in April 1965, the Indian Army deployed its forces in an operation, code named ‘Operation Ablaze’.  As part of that operation, Gnr Sujan Singh and his unit personnel got deployed at Jaurian in support of 6 Sikh LI battalion at the “Jaurian Heights”. The stated objective of the unit was to deny the enemy both the Chhamb – Akhnoor and Kalith-Akhnoor Axes. In the early August 1965, reports were received of Pakistani infiltrators being inducted into Kashmir Valley to ‘Liberate’ it by engineering an uprising by the locals. The situation called for operations to counter the threat.

Soon anti-infiltration operations were launched including use of artillery fire. The infiltration from across the border was accompanied by enemy artillery which pounded Indian positions relentlessly. in order to give a befitting reply, 14 Fd Regt also launched counter offensive by striking enemy positions. Gnr Sujan Singh was functioning as a wireless operator and was part of the counter offensive operation. On 15 August 1965, the enemy shelling was very heavy and the Regiment suffered its first casualties including the death of Capt Narinder Singh in the Gun Position. On that day Gnr Sujan Singh was manning an OP (Observation Post) along with Capt Gurdial Singh. In the enemy counter bombardment the OP received a hit and one Technical Assistant (TA ) Bhagwan Dass was martyred.

However Gnr Sujan Singh, who was also with Capt Gurdial, was ‘Missing in Action’. He is presumed to have been captured as a POW by Pakistan during the battle. The family of Gnr Sujan Singh received a telegram, dated 15th August 1965, informing them that he was missing but not dead. In subsequent months, he reportedly appeared on a Pakistani radio broadcast Programme, on 22nd March 1966, to say “I am Okay”. In 1974, the family received more news about him being kept at Gora Jail in Sialkot and continued to receive such information for more years. A confusion continued to persist about his whereabouts, as some of the Prisoners Of War (POW) lodged in a Pakistani jail, later informed about the presence of Gnr Sujan Singh in Pakistani Jail. Pakistan, however never acknowledged the presence of Gnr Sujan Singh in a Pakistani jail. Presently, Gnr Sujan Singh’s name features on the official list of the ’54 Personnel Missing in Action’, tabled in the Lok Sabha in 1979 by the then Minister of State of External Affairs Shri Samarendra Kundu.