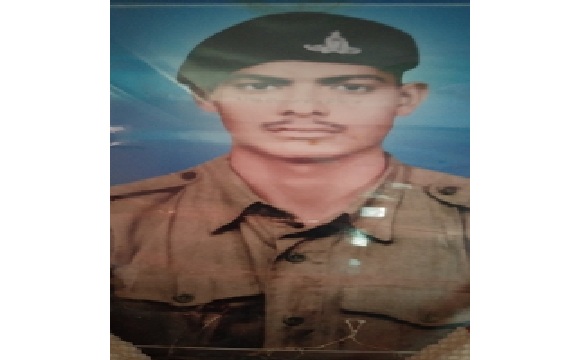 Gunner Jagmal Singh hailed from Karawara Manakpur village of Rewari district in Haryana and was born on 02 Apr 1947. Son of Shri Manohar Lal, he joined the Indian Army on 04 Aug 1967 at the age of 20 years. He was enrolled into 57 Mountain Regiment of the Regiment of Artillery, the important combat support arm of Indian Army known for its field guns, howitzers and other heavy weaponry. By 1971, he had put in around 04 years of service and developed into a valiant and dedicated soldier.

During Nov 1971, Gunner Jagmal Singh's unit was deployed in the eastern sector as the war became imminent. Though the 1971 war officially commenced on 03 Dec 1971 when Pak Air Force attacked our 11 Air Force bases, the border skirmishes and hostile actions by the enemy were happening much before that. On 08 Nov 1971, in response to an enemy hostile action, 57 Mtn Regt was tasked to give a befitting reply to the enemy. Gunner Jagmal Singh was part of the team that was assigned the task.

Gunner Jagmal Singh and his comrades swung into action and launched an aggressive attack. However while doing so, he was hit by enemy shell splinters and was mortally wounded. He succumbed to his injuries and was martyred on the battle-field. Gunner Jagmal Singh showed valour and devotion to duty and made the supreme sacrifice. Gunner Jagmal Singh was a fearless and committed soldier who laid down his life at the age of 24 years in the line of his duty and became the first soldier from his village Karawara Manakpur to become a martyr.