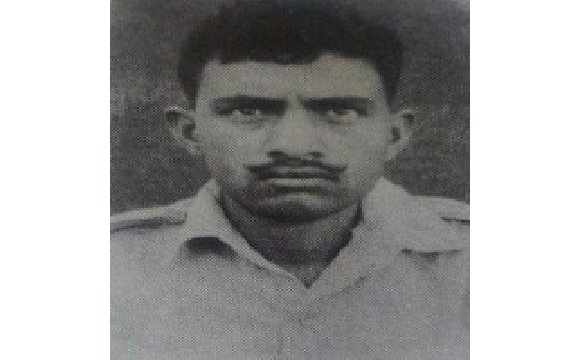 Grenadier Rafiq Khan hailed from Bikaner in Rajasthan was and was born on 27 December 1949. Son of Shri Gani Khan, he joined the Indian Army after completing his schooling. He was enrolled into 5 Grenadiers of the Grenadiers, an infantry Regiment known for its gallant soldiers and a string of battle exploits.

During Nov 1971, Gdr Rafiq Khan's unit 5 Grenadiers was deployed in the eastern sector as the war became imminent. though the war was officially over on 16 Dec 1971 when Pakistani forces surrendered en masse, but intermittent skirmishes were continuing in many pockets. One such operation was undertaken by 5 Grenadiers battalion on 19 Dec 1971. Gdr Rafiq Khan was part of the team that was assigned the task of capturing an enemy post. The enemy post was captured successfully by Gdr Rafiq Khan and his comrades but the résistance by isolated enemy troops continued in small pockets.

The enemy continued to the inflict casualties on the troops of 5 Grenadiers. Gdr Rafiq Khan noticed that a particularly enemy Light Machine gun located in a bunker was causing maximum casualties. Gdr Rafiq Khan realized that the enemy LMG had to be silenced at any cost and decided to attack it. With complete disregard for his personal safety Gdr Rafiq Khan then crawled forward and lobbed a grenade into the bunker which burst outside wounding him seriously. Undeterred, he threw another grenade and silenced the light machine gun. However while doing so, he was hit by a burst from the light machine gun and got seriously injured. He later succumbed to his injuries and was martyred. Gdr Rafiq Khan was a fearless and committed soldier who laid down his life at the age of 21 years in the line of his duty.

The citation for the "Vir Chakra” awarded to him reads:

A Battalion of Grenadiers was given the task of capturing an enemy post in an area in the Eastern Sector. After the capture of the post, isolated pockets of the enemy continued to inflict casualties on own troops, particularly an enemy light machine gun located in a bunker. Grenadier Rafiq Khan, with complete disregard for his personal safety, crawled forward and lobbed a grenade into the bunker, which burst outside wounding him seriously. Undeterred, he threw another grenade and silenced the light machine gun, but in the process was hit by a burst from the light machine gun as a result of which he died.
Grenadier Rafiq Khan displayed commendable courage and determination.