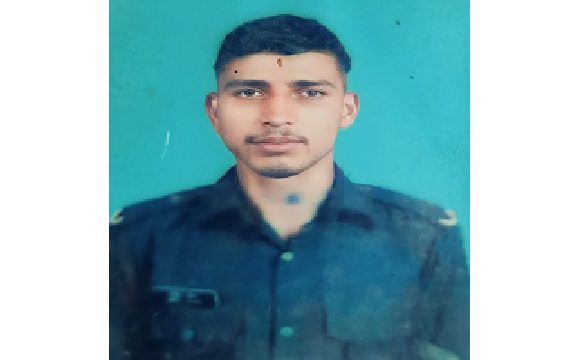 Grenadier Abdul Mazid Khan hailed from Dholiya vllage of Ladnun tehsil in Nagaur district of Rajasthan and was born on 15 Nov 1980. Son of an army veteran Chand Khan and Smt Rahisa Bano, Gdr Abdul Mazid had one brother Mansab Khan and two sisters Muniya Bano and Roshni Bano as his siblings. Right from his younger days, he always wished to follow in the footsteps of his father and don the Army uniform. Following his dream, he joined the army on 29 Jul 1999 at the age of 19 years. He was recruited into the 5 Grenadiers Battalion of the Grenadiers, an infantry Regiment known for its gallant soldiers and a string of battle exploits.

After serving for a few years he got married to Ms. Arasi and the couple was blessed with two sons, Sameer Khan and Arman Khan. By 2006, he had put in nearly 7 years of service and developed into a fine and committed soldier.

During February 2006, Gdr Abdul Mazid's unit 5 Grenadier battalion, was deployed in Sikkim near the Indo-China border. The AOR(Area of Responsibility) of the unit spanned over remote rugged mountainous terrain with extreme weather conditions especially in the winter season. The troops were deployed on various forward posts and often undertook patrol to monitor the area in between the manned posts. Also, heavy snowfall often blocked the roads and hampered the movement of troops which necessitated frequent clearance operations. The mountainous roads in the AOR of the unit were narrow and had steep gradients posing serious challenges to the quick movement of troops. Gdr Abdul Mazid and his comrades were tasked for an operation on 13 Feb 2006 and had to move by road to the operational area.