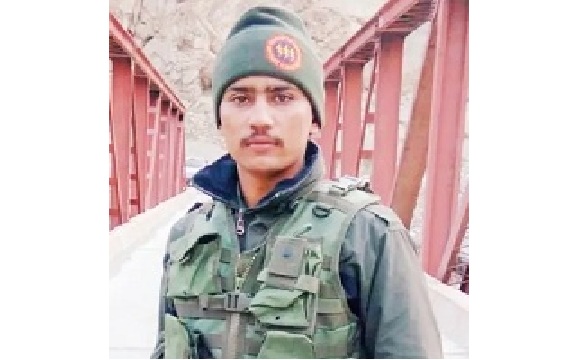 Gunner Ranjeet Singh Salaria hailed Sidhapur village in Dinanagar tehsil of Gurdaspur district in Punjab. Son of Shri Harbans Singh Salaria and Smt. Reena Devi, Gnr Ranjeet Singh was Second among three Siblings, he had a sister Jyoti Devi and a brother Surjeet Singh Salaria as his siblings. Gnr Ranjeet Singh was passionate about arm forces from his childhood. Coming from an abject background Ranjeet always dreams about making better financial conditions for the family. After completing his class XII, Ranjeet started pursuing his only passion to join the defence forces to serve the country. It was his third attempt when he succeeded to joined the 221 Field Regiment in the year 2015. Ranjeet was deputed at Jammu and Kashmir a year ago, following his posting at Uttarakhand’s Dehradun. After serving for few years with the parent unit Ranjeet was transferred to 45 Rashtriya Rifles and deployed in Kupwara.

By 2020, Gunner Ranjeet Singh Salaria had completed nearly 5-years of service and had developed into a committed soldier. After serving for few years he got married to Ms. Diya and the couple was blessed with a daughter Sanvi.

During 2019-20,  Gunner Ranjeet Singh Salaria was serving with 45 RR Bn deployed in the Kupwara district of J&K. The AOR (Area Of Responsibility) of the Battalion ran along the LOC which was also prone to infiltration from across the border. Besides undertaking planned counter-insurgency and counter-infiltration operations, the unit launched regular armed patrols to monitor its area. Gunner Ranjeet Singh Salaria was part of one such patrol on 13th Jan 2020 in the Machhil Sector. The designated route of the patrol passed through the rugged area and was also prone to avalanches. As the patrol was traversing through the assigned route, it was struck by a horrific avalanche.