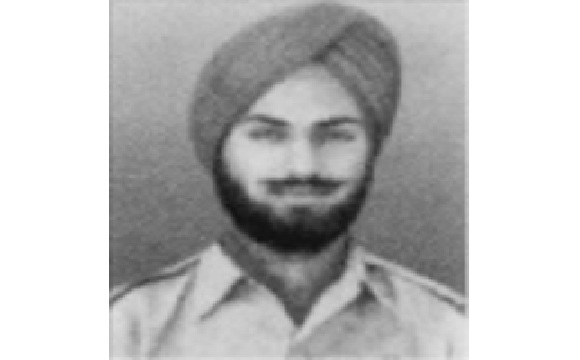 Flying Officer Tajinder Singh Sethi was commissioned into the Indian Air Force on 09 Mar 1963. He joined the flying stream of the IAF and got trained as a fighter pilot as part of 83rd Pilots' course. By 1965, he had put in barely 2 years of service when the war with Pakistan broke out and he got involved in active operations very early in his service career.

During 1965, Fg Offr TS Sethi was serving with 31 Sqn, known as "Lions". Formed in Pathankot on September 1, 1963, No 31 squadron was equipped with French Mystere aircraft, the first "supersonic-in-a-dive" aircraft in the IAF. The Mystere was inducted in 1957 and had already completed nearly 8 years of service in the IAF by 1965. In 1965, as fighting flared up in the Chamb sector on 1 Sep, 31 squadron with Wing Commander William Macdonald Goodman as its commanding officer was called upon to carry out numerous offensive sorties on the western front. Between 2 and 6 September, 31 Sqn flew several sorties and destroyed enemy armour to blunt the offensive. The squadron also flew several reconnaissance sorties and ground attack missions in the sector, performing rocket attacks on tank concentrations at Troti and Chhamb, and strafing Pakistani positions at Jaurian. Fg Offr TS Sethi was tasked for one such strike mission in Sialkot sector on 13 Sep 1965.

On 13 Sep 1965, Fg Offr TS Sethi in his Mystere IVa took off as planned for the mission from Pathankot. He was No.2 in a two-aircraft strike mission over Sialkot sector. As the target was important for the enemy, it was heavily defended by the anti-aircraft guns and air defence aircraft. Despite the threat of enemy air defence assets, Fg Offr TS Sethi went for the attack. However his aircraft was believed to have been engaged by an enemy anti aircraft guns and shot down. He is presumed to have been taken over as a POW (Prisoner of War). However, successive regimes in Pakistan have denied the existence of Indian POWs in its jails. Presently, Fg Offr TS Sethi's name features on the official list of the ’54 Personnel Missing in Action’, tabled in the Lok Sabha in 1979 by the then Minister of State of External Affairs Shri Samarendra Kundu.