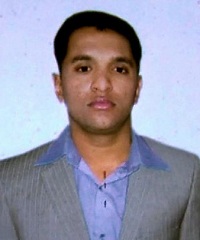 Flying Officer M. Suraj Pillai (24) was Born in East Veliyathunadu near Aluva, in Cochin district of Kerala. His family consisted of his parents  Mohan Pillai and Vasantha Pillai and a sister, Sneha who worked as an air-hostess. Suraj completed his schooling in Mumbai and joined the Air Force through the National Defence Academy (NDA). He always wanted to join the Air Force as a fighter pilot and his dream came true when he was selected for training to become a combat pilot.
MiG-21 aircraft Crash: 02 Aug 2011
After his grueling training as a fighter pilot, he was posted to a combat fighter squadron in a forward air base at Bikaner in Rajasthan. As part of the training, the pilots in fighter squadrons carry out combat maneuvers on a daily basis to maintain the preparedness required for any future combat mission. On 02 Aug 2011, Flying Officer M. Suraj Pillai was practicing a circuit of “overshoot” (touch-and-take-off) maneuver as part of his combat training, when his  Type 96 MiG-21 aircraft crashed while aligning with the runway during landing. Fg Off Pillai could not survive in the crash and a precious soldier was lost in the service of the nation.
Flying Officer M. Suraj Pillai is survived by his father, Mohan Pillai, mother, Vasantha Pillai and sister Sneha Pillai.