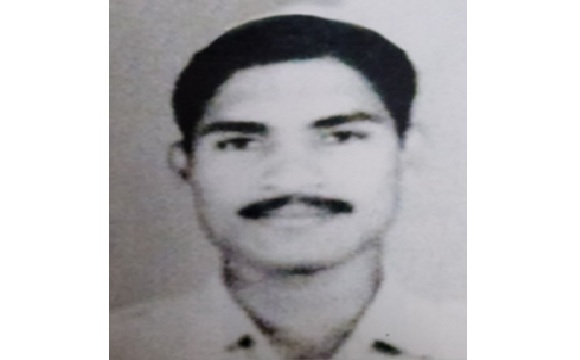 Flight Lieutenant V Krishnamurthy was born on 14 Oct 1973.   He was commissioned into the Indian Air Force on 16 Dec 1995  at the age of 22 years.  He joined the flying stream of the IAF and got trained as a helicopter pilot as part of 156th Pilots' Course.  By the year 2000, Flt Lt V Krishnamurthy had put in around 5 years of service and evolved into a professionally competent helicopter pilot having expertise in various air operations.

During 2000, Flt Lt V Krishnamurthy was serving with 114 Helicopter Unit known as “Siachen Pioneers.” The unit was operating Cheetah helicopter, which was a single-engine small helicopter used for ferrying personnel and logistics support to far-flung areas. 114 HU was formed at Leh on 01 Apr 1964 with an establishment of 10 Allouette helicopters with Squadron Leader Arvind Dalaya as its first commanding officer. Towards the end of year 1964, the Unit HQ was shifted to Jammu from where a detachment operated in Srinagar till 1975 before shifting back to Jammu. Thereafter the Unit moved back to Leh in 1987 and was maintaining a permanent detachment at Thoise( An acronym for Transit Halt of Indian Soldiers En Route) for Air Maintenance of Siachen Glacier under Operation Meghdoot. During 2000, 114 HU with Wing Commander Aravindra Singh Butola as its commanding officer was undertaking logistic supply and support operations for the army troops deployed in Siachen area. On 03 Oct 2000, Flt Lt V Krishnamurthy was tasked for one such mission.