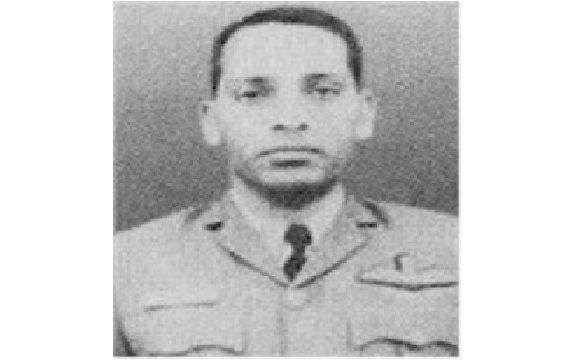 Flt Lt Ramesh Gulabrao Kadam hailed from Maharashtra and was born on 28 Dec 1941. He was commissioned into the Indian Air Force on 18 Apr 1964 at the age of 22 years. He joined the flying stream of the IAF and got trained as a fighter pilot as part of 87th Pilots' course. After completing his flying training, he served with various flying squadrons located at different Air Force bases. By 1971, Flt Lt RG Kadam had put in around 7 years of service and evolved into a professionally competent fighter pilot having expertise in various air operations.

During 1971, Flt Lt RG Kadam was serving with TACDE (Tactics & Air Combat Development Establishment) devoted purely to the development of combat tactics for fighter aircraft of the IAF. It came into being as Tactics and Air Combat Squadron (TACS), on 01 February 1971 at Adampur, under the Command of Wg Cdr AK Mukherji. As the war with Pakistan became imminent, Flt Lt RG Kadam was sent on attachment to 26 Sqn. 26 Sqn, known as “Warriors” and was based at Air Force Station Adampur. No. 26 Sqn, AF was formed under the command of Wg Cdr MM Singh, on 1st of Jan 1968 at Adampur. It was the first Squadron in the IAF to be equipped with the indomitable SU-7 aircraft. Until 1971, the squadron was a type-training squadron, helping other squadrons to convert to the Su-7. As the war broke out on 03 Dec 1971 with Pakistan, the Squadron with Wing Commander Ram Krishna Batra as its commanding officer undertook various offensive air missions. The Squadron played an active role in the war with the primary role of flying Close Air Support (CAS) missions with 8 Tactical Air Command (TAC). It also flew several sorties with 6 TAC. Flt Lt RG Kadam was tasked to undertake one such operation on 08 Dec 1971.  The operation was a mission to attack Risalewala airfield in Faisalabad district of Punjab province in Pakistan.

On 8 December 1971, Flt Lt RG Kadam in his Sukhoi-7 (B-910) took off as planned for the mission from Adampur. The aircraft was heavily loaded and it was to be a steep glide attack to give greater accuracy as the intent was to destroy the Risalewala airfield a prime PAF airbase. As the target was important for the enemy, it was heavily defended by the anti-aircraft guns. Despite the threat of enemy air defence assets, Flt Lt RG Kadam went for the attack. However his aircraft received direct hits from the anti-aircraft guns and probably crashed near Risalewala. But he is presumed to have been taken over as a POW (Prisoner of War). However, successive regimes in Pakistan have denied the existence of Indian POWs in its jails. Presently, Flt Lt RG Kadam's name features on the official list of the ’54 Personnel Missing in Action’, tabled in the Lok Sabha in 1979 by the then Minister of State of External Affairs Shri Samarendra Kundu.