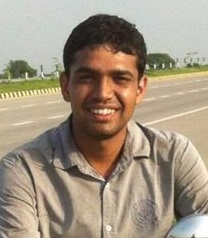 Flight Lieutenant Pushpendra Badsara belonged to Gurgaon in Haryana. He had studied from Kendra Vidyalaya in Hyderabad from class IX to XII and then went on to join NDA. Flt Lt Pushpendra was a good swimmer and had been swimming since he was in Class 7 and had won many state-level competitions. He would spend hours in the pool, swimming after a tiring day at school.

After his training in NDA he got commissioned into the Air Force and was selected for the transport stream. He got trained in flying various transport aircraft of the IAF and was posted to the Air Force base at Sullur in 2013. At Sullur base, Flt Lt Pushpendra was serving with 33 Squadron, which was operating  AN-32 aircraft. The sturdy AN-32s have been IAF workhorses in ferrying troops and cargo to forward areas since they were first inducted in 1984.  By 2016, Flt Lt Pushpendra had gained an experience of three years in flying AN-32 and evolved into a competent and ace pilot.

On 22 July 2016, AN-32 aircraft belonging to 33 Squadron was tasked to carry men and material from Chennai to the Air Force at Port Blair. The aircraft, an upgraded AN-32 took off from Tambaram Air Force Station in Chennai at 8.30 am, and was expected to land at Port Blair in the Andaman and Nicobar Islands at 11.30 am. Flt Lt Pushpendra was the captain of the aircraft along with five other air crew members.  The aircraft had 29 people on board including six crew members besides the material load.

However, the aircraft lost contact with the ground radar when it was 151 nautical miles east of Chennai. The aircraft had taken a left turn with rapid loss of height from 23,000 feet. The disappearance of the Russian-made AN-32 twin engine turboprop transport aircraft kicked off India’s biggest search operation yet for a missing plane on the sea.

The missing plane was one of the 50-odd medium-lift tactical aircraft upgraded with air-frame strengthening and newer avionics under the $398 million (Rs 1,965 crore) contract inked with Ukraine in June 2009.

A massive search and rescue operation was mounted by the IAF, the Navy and the Coast Guard. As many as 18 warships and vessels, as well as two Poseidon-8I, one C-130J Super Hercules and three Dornier aircraft, were dispatched to the choppy seas in “probable crash zone” to hunt for the missing Russia-made plane. Indian Navy and Coast Guard ships were deployed for scanning the surface of the sea as part of the search operations after the aircraft went off radar. Also, data from Indian satellites was scanned to locate the missing aircraft. The aircraft was not fitted with an underwater locator beacon, which made the search operations even more difficult.

Despite massive search operation by the Navy, Indian Air Force, and Coast Guard, the aircraft and the passengers on board could not be traced. Consequently in September, all the 29 people on board the AN-32 plane were declared “presumed dead”. Flt Lt Pushpendra Badsara was a competent pilot and dedicated soldier with strong desire to serve the nation, however his life was cut short and and a committed soldier was lost in the line of duty.

Flt Lt Pushpendra Badsara is survived by his parents and sister Varsha Badsara.