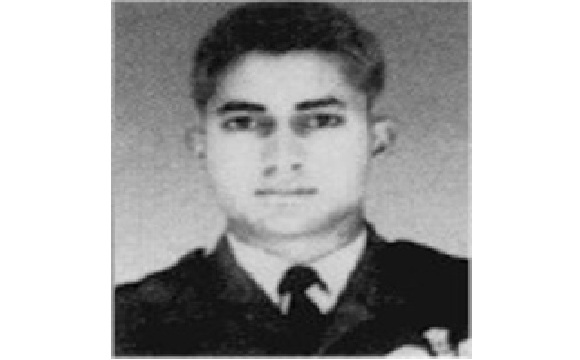 Flight Lieutenant Nagaswami Shankar was born on 05 May 1943. He was inclined to join the Armed Forces since his younger days and eventually got selected for the prestigious NDA after completing his schooling. He joined the 23rd NDA course and passed out on 01 June 1964. Subsequently he was commissioned into the IAF as a pilot officer on 16 Oct 1965. He was selected for the flying branch in the IAF and was trained as a fighter pilot as part of 94th Pilots' course.

After completing his flying training, Flt Lt N Shankar served with various flying squadrons located at different Air Force bases. By 1971, Flt Lt N Shankar had put in about 6 years of service and evolved into an ace fighter pilot having expertise in various air operations. During 1971, Flt Lt N Shankar was serving with the 32 Squadron based at Air Force Station Ambala and was operating SU-7 aircraft. The SU-7 aircraft was inducted into the IAF to undertake the roles of offensive air support, counter-air, short term interdiction, and tactical reconnaissance. Although the SU-7 had an impressive performance, with a maximum speed of 1056 mph (1700 km/h) at 40,000 feet (12,190 m) and an initial climb rate of 29,900 ft/min (152 m/sec), it had an overly modest radius of action and limited external stores carriage.

In December, 1971, Flt Lt N Shankar was serving with 32 Squadron which was operating SU-7 fighter aircraft. The 32 Squadron was raised at Jodhpur on 15 October 1963 with Wing Commander Emanuel Raymond Fernandes as its first commanding officer. Initially it was equipped with Mystere aircraft but the Squadron later got converted and graduated to supersonic era with SU-7 aircraft and shifted its base to Ambala. In response to the preemptive strikes by the Pakistan Air Force on Indian Air bases on 03 Dec 1971, the IAF launched operations against the Pak Air Force. As part of the IAF operations, 32 Sqn with Wing Commander Harcharan Singh Manget as its commanding officer took part in numerous missions against Pakistani targets. On 09 Dec 1971, Flt Lt N Shankar was tasked to be part of the close air support mission that was to attack targets north west of Amritsar.

Flt Lt N Shankar took off in his SU-7 (B-860) as planned on 09 Dec 1971. As the targets were vulnerable they were heavily defended by the enemy air defence assets. However, Flt Lt N Shankar in a bid to cause maximum damage to the assigned targets, flew dangerously close to enemy air defense batteries and was shot down by anti-aircraft guns. His aircraft was seen crashing behind enemy lines. But he is presumed to have been taken over as a POW (Prisoner of War). However, successive regimes in Pakistan have denied the existence of Indian POWs in its jails. Presently, Flt Lt N Shankar's name features on the official list of the ’54 Personnel Missing in Action’, tabled in the Lok Sabha in 1979 by the then Minister of State of External Affairs Shri Samarendra Kundu.