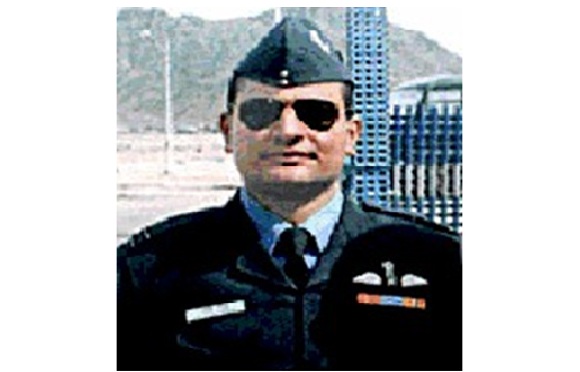 Flight Lieutenant Maheesh Trikha hailed from Dehra Dun in Uttarakhand and was born on 02 Jan 1975. Son of an army officer Col JR Trikha and Smt Swadesh Trikha, he joined the prestigious Rashtriya Indian Millitary College (RIMC) on 01 August 1986 and passed out on 31 May 1992.  He always wanted to serve in the Armed Forces like his father since his younger days and continued to follow his dream while growing up. Eventually he got selected to join National Defence Academy, in 1992 and became a part of the 88 NDA courses(Hunter Squadron).

He got commissioned into the Indian Air Force on 29th June 1996 at the age of 21 years. He got trained as a Helicopter Pilot as part of 157th Pilots' Course. As his first assignment, he was posted to 141 Helicopter Unit (SSS) based at Air force Station, Jam Nagar in Gujarat. Later in the early part of 2001, he got posted to 114 HU AF operating Cheetah Helicopters and deployed on the western border.

During August 2002, Flt Lt M Trikha was serving with 114 Helicopter Unit known as “Siachen Pioneers.”  114 HU was formed at Leh on 01 Apr 1964 with an establishment of 10 Allouette helicopters with Squadron Leader Arvind Dalaya as its first commanding officer. Towards the end of the year 1964, the Unit HQ was shifted to Jammu from where a detachment operated in Srinagar till 1975 before shifting back to Jammu. Thereafter the Unit moved back to Leh in 1987 and was maintaining a permanent detachment at Thoise for Air Maintenance of Siachen Glacier under Operation Meghdoot. In the year 2002, 114 HU with Wing Commander Mayenk Tewari as its Commanding Officer was engaged in operations in support of the Indian Army as part of OP Meghdoot.  Flt Lt M Trikha undertook many air support operations after joining the unit and gathered substantial experience of flying in challenging operating conditions.