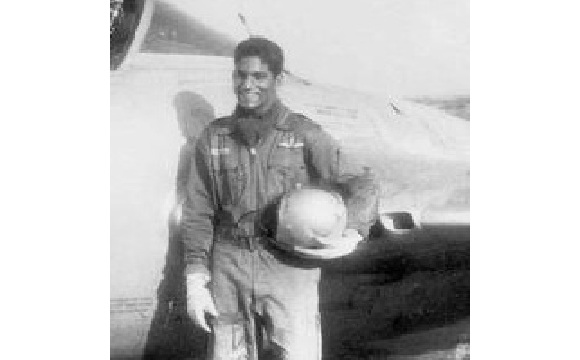 He was commissioned into the Indian Air Force on 10 Aug 1964 at the age of 19 years. He was commissioned in the flying stream of the IAF and got trained as a fighter pilot. After completing his flying training he got posted to 220 Squadron based at Air Force Station Pune. Very early in his service career he got an opportunity to take part in active operations as the war broke out with Pakistan in 1965. After the war he got posted to a Gnat fighter unit. In 1967 he met his future wife Isabelle who was in the Military Nursing Service and got married on the 12th September 1970. On the 13th September 1971 he became the proud father to Nicole Annabelle. He was promoted to the rank of Flight Lieutenant in 1968 and later trained on the Sukhoi-7 aircraft in 1970. He was then posted to Air Force Station Adampur and later to 26 Sqn.

During 1971, Flt Lt Lawrence Frederic Pereira was serving with 26 Sqn operating SU-7 aircraft but was deputed to serve with 8 TAC (Tactical Air Centre) supporting army operations in Shakargarh sector on the western front. He was functioning as FAC (Forward Air Controller) with the 2nd Independent Armoured Brigade. On 4 December 1971, the Indian army made a thrust  to defeat Pakistan in important sectors. The Skinner’s Horse battalion in unison with the 1st Dogra regiment advanced towards Chak Amru crossing the international borders into enemy territory. The brigade’s other two tank regiments – the 7th Cavalry and the Scinde Horse also joined them from behind into Pakistani territory. The primary primary objective of the 1st Corps controlling the operations in that area was to capture a dominant position in Shakargarh.

The IAF was providing aerial support to the artillery and other regiments in their ground operations. Flt Lt Pereira as FAC was directing strike missions of the IAF to hit enemy targets in support of ongoing army operations. He was required to direct close air support aircraft to enemy targets from forward locations. His directions were responsible for many successful attacks by IAF aircraft on enemy concentrations. This helped Indian army units to achieve their objective and reduce their own casualties. However on 14 December 1971, while performing his duties, Flt Lt Pereira was hit by enemy bullets when an enemy aircraft strafed the brigade location at Shakargarh. He later succumbed to his injuries and was martyred. His last words to his comrade were, “ tell my little girl (his wife Isabelle ) to be brave". Flt Lt Pereira was buried in the RA (Royal Artillery) Cemetery, Garha Road, Jalandhar Cantt with full military honours on 15th Dec 1971.

Flt Lt Pereira was was a valiant soldier and committed air warrior, who laid down his life at the age of 26 years in the line of his duty following the highest traditions of the IAF.  Flt Lt Pereira  was given the gallantry award, “Vir Chakra” on 26 Jan 1972 for his outstanding bravery, devotion to duty and supreme sacrifice. Flt Lt Lawrence Frederic Pereira is survived by his wife Smt Isabelle and daughter Nicole Annabelle.

The citation for the Vir Chakra award to him reads:-

During the operations against Pakistan in December 1971, Flight Lieutenant Lawrence Fredric Pereira was employed on forward air controller duties with an army brigade in a forward area. He was required to direct close air support aircraft to enemy targets from forward locations- His directions were responsible for many successful attacks by our aircraft on enemy concentrations. On 14 December- while on duty in a forward locality, he was hit by enemy fire and died.

Throughout Flight Lieutenant Pereira displayed gallantry, determination and devotion to duty of a high order.