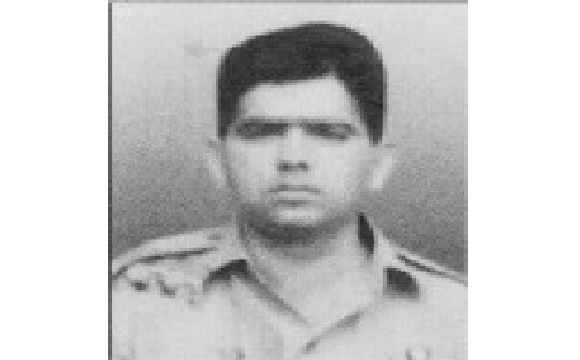 Flt Lt K L Bajaj was born on 24 Dec 1943. He was commissioned into the Indian Air Force on 16 May 1965 at the age of 21 years. He joined the flying stream of the IAF and got trained as a helicopter pilot as part of 93rd Pilots' course. By 1971, Flt Lt KL Bajaj had put in around 6 years of service and evolved into a professionally competent helicopter pilot having expertise in various air operations.

During 1971, Flt Lt KL Bajaj was serving with 114 Helicopter Unit now known as "Siachen Pioneers."  114 HU was formed at Leh on 01 Apr 1964 with an establishment of 10 Allouette helicopters with Squadron Leader Arvind Dalaya as its first commanding officer. Towards the end of year 1964, the Units HQ was shifted to Jammu from where a detachment operated in Srinagar during the 1971 war.  As war broke out with Pakistan on the 3rd of December, 1971, the unit with Squadron Leader Mohan Chandra as its commanding officer was tasked for various air missions. Flt Lt KL Bajaj was detailed to carry out one such mission on 11 Dec 1971. It was a Casualty Evacuation mission at Kargil with Fg Offr RR Patel as his co-pilot.

On 11 December 1971, Flt Lt KL Bajaj along with his co-pilot Fg Offr RR Patel in their Chetak (Z-366) helicopter took off as planned for the mission from Srinagar. After picking up the casualty at Kargil Flt Lt KL Bajaj took off again for Srinagar. While coming back from the Casualty Evacuation mission, Flt Lt KL Bajaj heard a panicky R/T call from the FAC (Forward Air Controller) on the ground. The Forward Air Controller was warning an IAF Vampire aircraft formation in the area about the presence of an enemy aircraft. Sensing immediate threat, Flt Lt Bajaj decided to descend to the valley bottom, to avoid detection. However while doing so, his Chetak hit some HT cables and crashed at Point MU7573. The crash caused sever damage to the helicopter and Flt Lt KL Bajaj  sustained serous injuries. He later succumbed to his injuries and was martyred. But luckily, both his co-pilot Fg Offr RR Patel and the casualty onboard survived with some injuries. Flt Lt KL Bajaj was was a valiant soldier and committed air warrior, who laid down his life at the age of 28 years in the line of his duty.