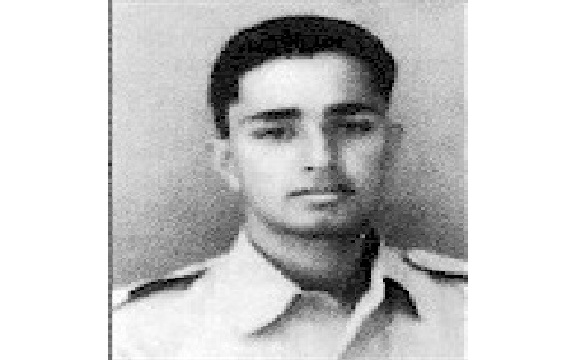 Flight Lieutenant Krishna Kumar Mohan was born on 01 Jan 1943. He was commissioned into the Indian Air Force on 01st Aug 1964 at the age of 21 years. He joined the flying stream of the IAF and got trained as a fighter pilot as part of 89/90th Pilots' course. After completing his flying training, he served with various flying squadrons located at different Air Force bases. By 1971, he had put in around 7 years of service and evolved into a professionally competent fighter pilot having experience in various air operations.

During 1971, Flt Lt KK Mohan was serving with 26 Sqn, known as “Warriors” and was based at Air Force Station Adampur. No. 26 Sqn, AF was formed under the command of Wg Cdr MM Singh, on 1st of Jan 1968 at Adampur. It was the first Squadron in the IAF to be equipped with the indomitable SU-7 aircraft. Until 1971, the squadron was a type-training squadron, helping other squadrons to convert to the Su-7. As the war broke out on 03 Dec 1971 with Pakistan, the Squadron with Wing Commander Ram Krishna Batra as its commanding officer undertook various offensive air missions. The Squadron played an active role in the war with the primary role of flying Close Air Support (CAS) missions with 8 Tactical Air Command (TAC). It also flew several sorties with 6 TAC. Flt Lt KK Mohan was tasked to undertake one such operation on 11 Dec 1971.  The operation was a three aircraft mission to attack an interdiction target in Chhamb area.

On 11 December 1971, Flt Lt KK Mohan his Sukhoi-7 (B-780) took off as planned for the mission from Adampur. As the aircraft from the squadron were flying over Nunkot, they encountered 6 PAF Sabres. During the air combat Flt Lt KK Mohan's aircraft was hit by a wire guided missile and got severely damaged. Eventually the aircraft crashed in Shakargarh sector and Flt Lt KK Mohan went down with the aircraft as he did not get adequate time to eject. Flt Lt KK Mohan was a valiant soldier and committed air warrior, who laid down his life at the age of 28 years in the line of his duty following the highest traditions of the IAF.