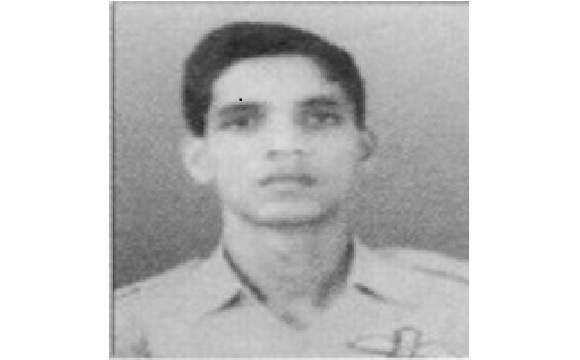 Flt Lt Jayant Rishi was born on 28 July 1945  He was commissioned into the Indian Air Force on 16 Oct 1965 at the age of 20 years. He was commissioned in the fighter stream of the IAF and got trained as a fighter pilot as part of 94th Pilots' course. After completing his flying training, he served with various flying squadrons located at different Air Force bases. By 1971, Flt Lt Jayant Rishi  had put in about 6 years of service and evolved into a professionally competent fighter pilot having experience in various air operations.

During 1971, Flt Lt Jayant Rishi was serving with 101 Sqn which was operating SU-7 fighter aircraft. The 101 Squadron was raised as a photo reconnaissance flight at Palam on 1 May 1949. Four Harvards, two Spitfires, eight pilots and fifty five airmen formed the Squadron that time with Flight Lieutenant John Frederick Shukla as its commanding officer. In 1957, the Squadron converted to Vampire aircraft and shifted its base to Adampur. The Squadron graduated to supersonic era with SU-7 ac in June 1968.  As the PAF attacked 11 Air Force bases on 03 Dec 1971, the Indian Air Force decided to launch counter offensive operations on the eastern as well as western front. 101 Sqn with Wing Commander Kailash Chandra Khanna as its commanding officer was tasked to undertake various offensive air missions against the targets on the western front. Flt Lt Jayant Rishi was was tasked for one such offensive mission on 04 Dec.

On the 4th December 1971, Flt Lt Jayant Rishi got ready for mission after completing the pre-flight checks. He took off in his SU-7 (B-899) as planned from Adampur air base but unfortunately the aircraft had a tyre burst while taking off. Consequently the aircraft veered off the runway and as a cascading effect the loaded ordnance exploded. The aircraft caught fire and got destroyed giving no time for the pilot to take any emergency measures. Flt Lt Jayant Rishi sustained fatal injuries and was martyred. Flt Lt Jayant Rishi was was a competent fighter pilot and committed air warrior, who laid down his life at the age of 26 years in the line of his duty.