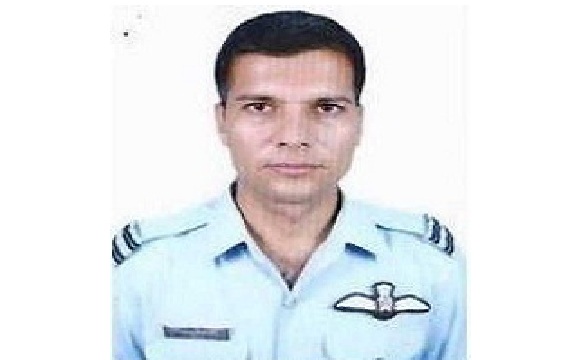 Flt Lt Ashish Tanwar hailed from Deeghot village in Palwal district of Haryana.  Son of Shri Radhe Lal Tanwar and Smt Saroj Tanwar, he had a sister Anjula as his sibling. After completing his graduation in computer science, he joined the IAF as a short service commissioned officer. He was commissioned on 20 June 2015 into the flying branch of the IAF. He got trained as a transport pilot and passed out as part of 13 SSC(M) F(P) course. Thereafter he completed subsequent phases of his flying training and soon gathered experience in various air operations. Later, he got married to Flt Lt Sandhya an Air Traffic Controller in the Air Force in the year-2018.

During Jun 2019, Flt Lt Ashish Tanwar was serving with 43 Sqn AF based in Air Force station Jorhat in Assam. The Sqn was operating AN-32 twin-engine turboprop transport aircraft and was undertaking various air operations including critical logistic support operations for the army troops deployed in far-flung and inaccessible areas of the Northeast. On 3rd Jun 2019, Flt Lt Ashish Tanwar along with his 7 other crew members was tasked for an air support operation. The crew members of the aircraft included Wg Cdr G M Charles, Sq Ldr H Vinod, Flt Lt Mohit Garg, Flt Lt Sunit Mohanty, Flt Lt Rajesh Thapa, Warrant Officer KK Mishra and Sergeant Anoop Kumar S. As per the assigned task, the aircraft was to take off from Jorhat IAF base and land at Mechuka Advanced Landing Ground in Arunachal Pradesh.

Flying in the area with a stretch of deep valleys and high mountains demanded a very high level of flying skills and Wg Cdr GM Charles, the captain had the requisite experience and professional expertise to undertake various air operations in the area. As planned the aircraft with 8 crew members and 5 passengers including Corporal Sherin, LAC SK Singh, LAC Pankaj, and non combatants Rajesh Kumar and Putali, took off from Jorhat at 12:27 pm. However It lost contact with ground control at 1 pm about 33 minutes after takeoff. Flt Lt Ashish Tanwar’s wife, Flt Lt Sandhya Tanwar was on Air Traffic Controlling duty that time and was one of the first persons to notice the disappearance of the aircraft. The aircraft eventually crashed and the wreckage of the aircraft was found near Pari hills close to Gatte village, 16 km north of Lipo in Arunachal Pradesh, at an elevation of 12,000 feet. The wreckage was recovered 8 days after the crash following a massive rescue operation launched by the security forces. Besides the employment of the Indian Army, the Indo-Tibetan Border Police and the state police forces, IAF deployed a fleet of Sukhoi-30, C-130J, AN-32 aircraft, MI-17 and ALH helicopters for the rescue operation. Unfortunately, Flt Lt Ashish Tanwar and all other crew members could not survive the crash and were martyred. Ft Lt Ashish Tanwar was a competent pilot and a committed air warrior who laid down his life in the line of his duty.