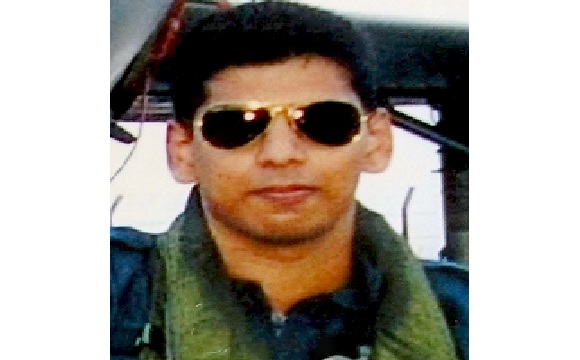 Flight Lieutenant Aniket Baliram Kolhe hailed from Nashik district of Maharashtra and was born on 29th June 1982. Son of Shri Baliram Kedu Kolhe, a Metrological Department Officer, he came from a farmer's family located at Khede (Ugaon) Nashik. Flt Lt Aniket was brilliant in academics right from the beginning and did his schooling from Bombay Cambridge school Mumbai. He later got selected to join the prestigious NDA (National Defence Academy), Khadakwasla.

Flt Lt Aniket Baliram Kolhe was commissioned into the IAF on December 20, 2003 at the age of 21 years. He was inducted into the fighter stream of the IAF and got trained as a fighter pilot. After completing his multi-stage flying training, he joined the operational squadron based at Air Force station Uttarlai in Rajasthan. By 2006, Flt Lt Aniket Baliram Kolhe  had put in about 3 years of service and was gradually gaining expertise in various air operations.

During 2006, Flight Lieutenant Aniket Baliram Kolhe was serving with 101 Sqn based at Air Force base Uttarlai in Barmer district of Rajasthan. During peacetime training is one of the most important activities of IAF which helps it to remain prepared to take on any eventuality. A war-like situation is created in the air for the pilots to practice and remain updated. Flt Lt Kolhe too was undertaking training sorties to practice complex air operations on a regular basis. On 21 May 2006, Flt Lt Kolhe was undertaking another such sortie along with Sqn Ldr Pramod Kumar Chhikara.

It was a training sortie for an air combat mission in a MIG-21 trainer aircraft. As planned Flt Lt Aniket and Sqn Ldr Pramod Kumar took off from Uttarlai airbase after completing the necessary operational checks on ground. However, soon after the take off, the aircraft developed serious snag and became uncontrollable. The pilots did not get enough time to take emergency actions and lost contact with the ground control. Eventually the aircraft crashed around 3:35 PM and the bodies of the pilots were found near the crash site by the rescue helicopter. The pilots Flt Lt Aniket and Sqn Ldr Pramod Kumar Chhikara were seen avoiding the village school which cost them the crucial time. They succeeded in saving the civilian lives and property but lost their lives with the aircraft crashing in an open ground.

Flt Lt Aniket Baliram Kolhe was a valiant soldier and committed air warrior, who laid down his life in the line of his duty.