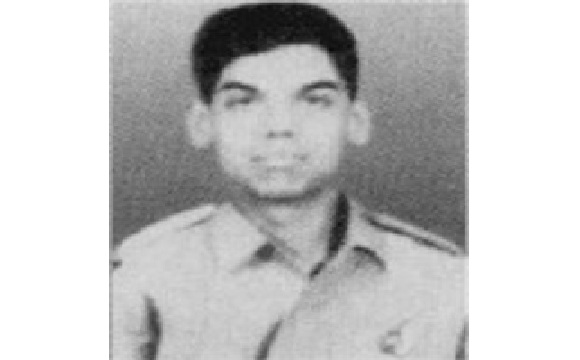 Flt Lt Shrikant Chandrakant Mahajan hailed from Pune in Maharashtra and was born on 26 May 1944. He was commissioned into the Indian Air Force on 13 Mar 1966 at the age of 21 years. He was commissioned in the flying stream of the IAF and got trained as a Navigator as part of 33 NAV course. After completing his flying training, Flt Lt Mahajan served with various flying squadrons located at different Air Force bases. By 1971, Flt Lt SC Mahajan had put in about 5 years of service and evolved into a professionally competent navigator having experience in various air operations.

During 1971, Flt Lt SC Mahajan was serving with 5 Squadron known as "Tuskers" which was operating Canberra fighter bomber aircraft. The 5 Squadron was formed at Kanpur on 2 November 1948, under the command of Squadron Leader JRS “Danny” Dantra. Within a couple of months, it moved to Poona (now Pune), which was to remain its base for the next eight years. The Squadron was initially equipped with B-24 Liberators, but on 1 September 1957 under the command of Wing Commander (Later Air Commodore) WR Dani, became the first IAF squadron to be equipped with the B(I)58 bomber-interdictor version of the Canberra.  As the PAF attacked 11 Air Force bases on 03 Dec 1971, the Indian Air Force decided to launch counter offensive operations on the eastern as well as western front. 5 Sqn commanded by Wing Commander (later Group Captain) Man Mohan Bir Singh Talwar was tasked to undertake offensive missions against the targets on the western front. The first raid on the Pakistani air bases took place about 2300 hours on 3 December.

The Indian Canberras struck at the air bases at Chander, Sargodha, Mianwali, Rafiqui, Murid and Risalwala. Early next day about 200 sorties were flown by Hunters and SU-7s against these bases and the radar installations at Sakesar and Badin. Later in the day Hunters penetrated as deep as Kohat, Peshawar and Chaklala. These attacks continued on 5 December as well with renewed vigour. Flt Lt SK Goswami was tasked for one such strike mission on Mianwali, airbase on 04/05 Dec with Flt Lt SC Mahajan as his navigator. As planned Flt Lt SK Goswami and Flt Lt SC Mahajan took off in the morning of 05 Dec and reached the target area as per the given TOT (Time Over Target). As the target was important for the enemy, it was heavily defended by the anti-aircraft guns and air defence aircraft. Despite the threat of enemy air defence assets, Flt Lt SC Mahajan and Flt Lt SK Goswami went for the attack. However their aircraft was believed to have been intercepted and shot down by a PAF Mirage. Flt Lt SC Mahajan's arrest, along with that of his pilot Flt Lt SK Goswami was repeatedly announced by Radio Pakistan later that day.  They are presumed to have been taken over as a POWs (Prisoners of War). However, successive regimes in Pakistan have denied the existence of Indian POWs in its jails. Presently, Flt Lt SC Mahajan's name features on the official list of the ’54 Personnel Missing in Action’, tabled in the Lok Sabha in 1979 by Shri Samarendra Kundu, Minister of State of External Affairs.

” I salute my brave brother for the supreme sacrifice and request our Indian Govt. to investigate in the matter, so that actual truth about this unsung hero is known to the entire nation.”