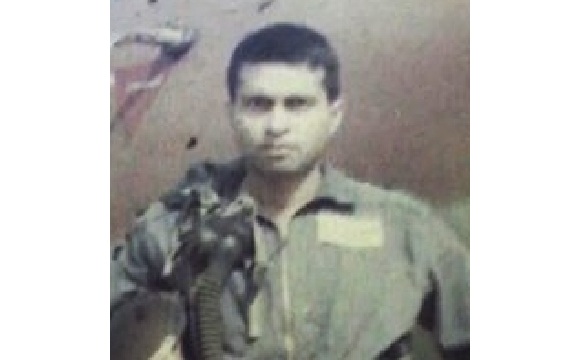 Flight Lieutenant Pankaj Ahluwalia was born on 06 Jan 1967. Right from his younger days Flt Lt Pankaj was fascinated with the Air Force and always aspired to become an Air Force pilot. His resolve to join the Armed Forces grew with the age and consequently, he got selected for the prestigious NDA after finishing his school. He joined the 72nd NDA Course and passed out on 01 June 1987. Subsequently, he went to the Air Force Academy in Dindigul near Hyderabad and did fairly well in various aspects of training.

He was commissioned into the IAF on 11 Jun 1988, at the age of 21 years as part of the 141th Pilots' Course. He was inducted into the fighter stream of the IAF and got trained as a fighter pilot.  After completing his multi-stage flying training, he joined the operational squadron and thereafter served at various Air Force bases. By 1994, Flt Lt Pankaj Ahluwalia had put in about 6 years of service and was gradually gaining expertise in various air operations.

During Oct 1994, Flt Lt Pankaj Ahluwalia was serving with 101 Sqn based at Air Force base in Sirsa district of Haryana. The 101 Squadron was raised as a photo reconnaissance flight at Palam on 1 May 1949. Four Harvards, two Spitfires, eight pilots and fifty five airmen formed the Squadron that time with Flight Lieutenant John Frederick Shukla as its commanding officer. In 1957, the Squadron converted to Vampire aircraft and shifted its base to Adampur. The Squadron graduated to supersonic era with SU-7 ac in June 1968.  In the year 1987, the Squadron moved to Sirsa Air Force base with Wing Commander Manmohan Singh as its commanding officer. During 1994, Flt Lt Pankaj Ahluwalia's Squadron under the command of Wg Cdr KJ Mathews was operating MiG-21 aircraft.

Flt Lt Pankaj Ahluwalia is survived by his parents.