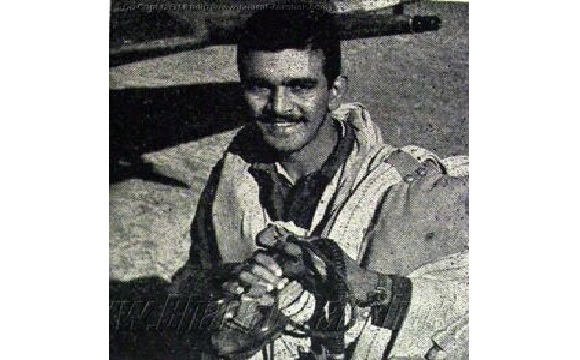 Flight Lieutenant Clifford Joseph Mendoza hailed from Dadar in Bombay in Maharashtra and was born on 20 Oct 1921. Son of Smt Grace Mendoza, he joined the Royal Indian Air Force after completing his initial education.  He was commissioned as a pilot officer on 5 Apr 1942 at the age of 21 years. He got trained as a transport pilot and passed out as part of the 12th Pilots' Course. After completing his flying training, he served with 9 Sqn from Sep 1944 to Dec 1944 and then with 8 Sqn from  Dec 1944 to Dec 1945. Later in Nov 1945, he got posted to 12 Sqn, operating Dakota aircraft.  By 1947, he had put in barely 5 years of service, when the war with Pakistan broke out and he got involved in active operations.

During 1947, Flt Lt Clifford Joseph Mendoza was serving with 12 Sqn based at Air Force Station Agra. 12 Sqn was formed in 1945 on the spitfires with Squadron Leader Syed Naseem Haider as its first Commanding Officer. Later it became the first Indian squadron to convert to Transports. It moved to Agra in August 1947 and operated Oxfords and Dakotas. When Kashmir was invaded by Pakistan in 1947, the Indian Air Force launched various air operations in support of Indian Army.  12 Sqn from Agra under the command of Wing Commander Karori Lal Bhatia undertook many transport support operations in moving soldiers and equipment. Flt Lt CJ Mendoza was tasked for one such operation on 31 Oct 1947.