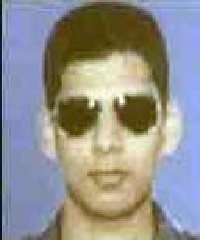 During peacetime training is one of the most important activities of IAF which helps it to remain prepared to take on any eventuality. A war-like situation is created in the air for our pilots to practice and remain updated.
MIG 21 Aircrash: 21 March 2006
Flight Lieutenant Aniket V Kolhe and one more pilot were detailed for a such a training sortie on a trainer version of the MiG 21 fighter aircraft of the Indian Air Force. They took off from Uttarlai airbase from Barmer district of Rajasthan, however, soon after the take off the aircraft crashed in which both the pilots were killed. The incident took place at about 3:35 PM and their bodies were found near the crash site by the rescue helicopter. Pilots managed to avert any damage to the civilian property   The ill-fated aircraft was one of the older versions, which are progressively being phased out.
A big salute to the young Flight Lieutenant Aniket who laid down his life in keeping the preparedness of Indian military in highest state and making supreme sacrifice for the safety and security of our country.