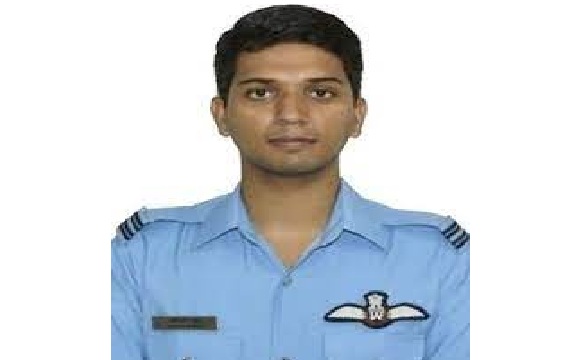 Flight Lieutenant Advitiya Bal hailed from Ranbir Singh Pura in Jammu district of J&K and was born on 16 July 1996. Son of an army veteran Swarn Bal and Smt Praveen Kumari, he had a brother Harshil as his sibling. He came from a military family wherein besides his father, two of his uncles too had served in the armed forces. From his early childhood, Flt Lt Advitiya chased the dream of becoming an Air Force pilot and would often stare at the sky, hoping to conquer it one day. After completing his primary education, he joined the Sainik School at Nagrota, wherein the foundation of his future military life was laid.

Following his passion he got selected for the National Defence Academy and joined the prestigious institute in 2014. Later he went to the Air Force Academy in Hyderabad and got commissioned as a Flying Officer in the year 2018.  After completing his multi-phase fighter flying training, he got posted to a front-line fighter Squadron based at Uttarlai Air Force Station in Barmer district of Rajasthan.  Very soon, he gained experience in varous air combat operations and developed into a professionally competent air warrior.

During July 2022, Flt Lt Advitiya Bal was serving with a fighter Squadron based at Air Force base Uttarlai in Barmer district of Rajasthan. During peacetime training is one of the most important activities of IAF which helps it to remain prepared to take on any eventuality. A war-like situation is created in the air for the pilots to practice and remain updated.  Flt Lt Advitiya Bal too was undertaking training sorties to practice varous combat air operations on a regular basis. On 28 July 2022,  Flt Lt Advitiya Bal as co-pilot was undertaking another such sortie along with Wg Cdr Mohit Rana. It was a training sortie for an air combat mission at the night in a MIG-21 Russian-origin fighter jet trainer aircraft. As planned Flt Lt Advitiya Bal and Wg Cdr Mohit Rana took off from Uttarlai airbase after completing the necessary operational checks on the ground.