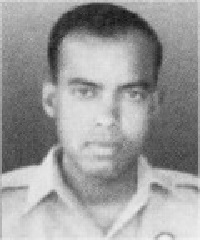 Fg Offr Satyabrata Nandi hailed from Kolkata in West Bengal and was born on 12 May 1940. He was commissioned into the Indian Air Force on 04 Jun 1967 at the age of 27 years. He was commissioned in the flying stream of the IAF and got trained as a transport pilot. After completing his flying training, Fg Offr Satyabrata Nandi served with various flying squadrons gathering experience in various air operations. After serving for sometime he got married to Ms Rakhi.

During 1971, Fg Offr S Nandi was serving with 43 Sqn, known as “Ibexes” with Wg Cdr KC(Koka)Sharma as its Commanding Officer. 43 Squadron of the Indian Air Force was formed at AF Station Jorhat in Eastern Sector on 20 Jan 1958 and was equipped with C-47 Dakota aircraft. As the war broke out on 03 Dec 1971 with Pakistan, the Squadron operated from various Air Bases and undertook numerous air missions. Though the 1971 war got over on 16 Dec when the Pakistani forces surrender en mass, border skirmishes in some pockets and air support operations were continuing. Fg Offr S Nandi was tasked to undertake one such air operation on 17 Dec 1971. The assigned task was an air support mission on Mohanbari- Moriganj axis in the eastern sector.