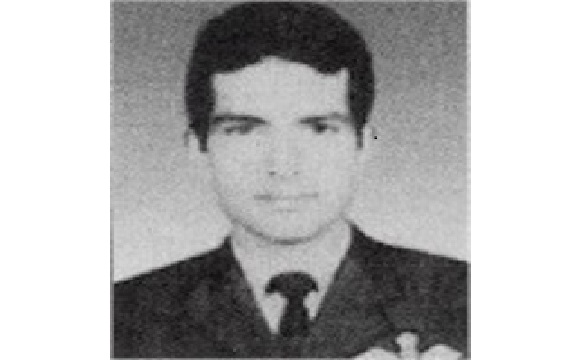 Flying Officer Kishan Lakhimal Malkani was born on 15 May 1945 in Larkana now in Pakistan. Son of Shri L M Malkani, Fg Offr Kishan studied from Nehru High school, Jodhpur, Barnes High School, Deolali and Jodhpur Polytechnic at Jodhpur. He was commissioned into the IAF as a fighter pilot on 29 Oct 1966.

Fg Offr KL Malkani after his initial training was posted to various Air Force bases and gained experience in flying different types of aircraft. By 1971, Fg Offr KL Malkani had evolved into a competent and ace pilot having expertise in various types of air operations. During 1971 he was serving with  27 Sqn  operating fighter bomber Hunter aircraft.

During 1971, Fg Offr KL Malkani was serving with 27 Sqn, known as "Flaming Arrows". The Squadron was formed at Adampur on 15 Feb 1957 with the de Havilland Vampires, but was later armed with the Hawker Hunter MK56 aircrafts. The squadron took part in "Operation Vijay" for the liberation of Goa in 1960 and also took part in the1965 war with Pakistan. After the war, the Hunter MK 56A replaced the Hunter MK56 in the Squadron. In 1971, the 27 Squadron operating from Halwara changed it’s role to deep penetration strike and was shifted from Halwara to Pathankot. As war broke out with Pakistan on the 3rd of December, 1971, the Squadron with Wing Commander Mian Naranjan Singh as its commanding officer was tasked for various offensive air missions. Fg Offr KL Malkani was detailed to carry out one such strike mission on 04 Dec 1971.

On the 4th Dec 1971, he was detailed to carry out a dusk strike mission over an enemy airfield. In spite of poor visibility over the target, he successfully carried out the attack and destroyed one blast pen. On the 5th Dec 1971, Fg Offr Malkani was tasked for a mission to attack enemy Signals Unit. It was an important element of the air defence center of the PAF which was instrumental in directing the air defence fighters of the PAF. Fg Offr Malkani in his Hunter (A-488) took off as No 2 of the mission as planned and reached the target as per the given TOT(Time over target). He successfully attacked the Signals Unit and caused such extensive damage that the Radar Station never came on the air throughout the operations. However he was intercepted by a Pakistani F-6 aircraft flown by Fg Offr S Raza. Fg Offr Malkani's aircraft received a hit from the enemy aircraft causing extensive damage to it and eventually crashed. But he is presumed to have been taken over as a POW (Prisoner of War). Shri Mukhatyar Singh, who was repatriated from Pakistan on July 5, 1988, reportedly saw Fg Offr KL Malkani in Multan Jail around 1983. However, successive regimes in Pakistan have denied the existence of Indian POWs in its jails. Presently, Fg Offr KL Malkani's name features on the official list of the ’54 Personnel Missing in Action’, tabled in the Lok Sabha in 1979 by the then Minister of State of External Affairs Shri Samarendra Kundu.

During the operations against Pakistan in December, 1971, Flying Officer Kishan Lakhimal Malkani was serving with a Fighter-Bomber Squadron. On the 4th December, 1971, he was detailed to carry out a dusk strike mission over an enemy airfield. In spite of poor visibility over the target, he successfully carried out the attack and destroyed one blast pen. On the 5th December 1971, he was detailed as Number Two in a strike mission over an enemy Signals Unit. He attacked the Radar Unit and caused such extensive damage that the Radar Station never came on the air throughout the operations. In this operation he made the supreme sacrifice.