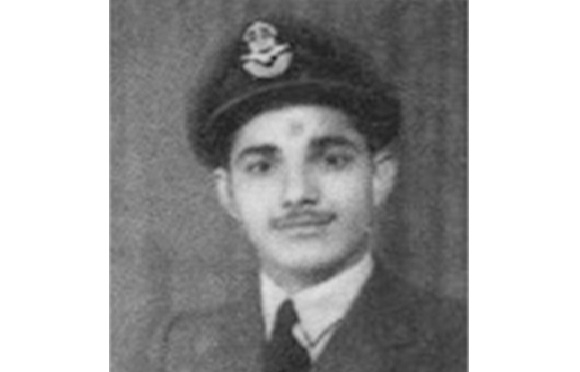 Fg Offr Balwant Singh wanted to serve in the Armed Forces since his younger days and eventually, got selected to join the Indian Air Force. He was commissioned as a Pilot Officer in the IAF on 29 Apr 1946. He joined the flying stream of the IAF and got trained as a fighter pilot as part of the 39th Pilots' course. By 1948, he had put in barely 2 years of service when the war with Pakistan broke out and he got involved in active operations very early in his service career.

During 1948, Fg Offr Balwant Singh was serving with No. 8 Squadron, flying Hawker Tempest II aircraft. The squadron had a long operational history stretching back to the Burma Campaign of World War II. No.8 Squadron was formed on 1 December 1942 from No.5 Coast Defence Flight with Squadron Leader Niranjan Prasad as its first Commanding Officer. For the next two months it was attached to No.6 Squadron, before in April 1943 it received the Vultee Vengeance and began to train as a dive-bomber squadron at No.152 OTU. The Vengeance was not a very effective dive bomber, and the squadron didn't enter combat until December 1943. From then until July 1944, it carried out ground-attack missions in support of the Fourteenth Army in Burma. In July the squadron was withdrawn to convert to the Spitfire, returning to the front as a fighter squadron in January 1945. In October 1946 the squadron began conversion to the Hawker Tempest. During Mar 1948, 8 Sqn was operating from Air Force base at Pune with Squadron Leader Manohar Maharudrappa Sakhare as its Commanding Officer. It was moved to the western border in Mar 1948 to support Army operations in J&K.

Fg Offr Balwant Singh was tasked for one such air mission on 16 Mar 1948 in support of Army operation near Jammu. He took off for the mission as planned in his Tempest II aircraft (PR-597) and reached the target area. However as the target area was militarily significant for the enemy, it was heavily defended by anti-aircraft guns. But undeterred, Fg Offr Balwant went for the attack making multiple passes to cause maximum damage. However while doing so, his aircraft received a direct hit from the enemy anti-aircraft guns and got severely damaged. Eventually the aircraft crashed somewhere near Jammu and Fg Offr Balwant Singh  was martyred. Fg Offr Balwant Singh was a gallant and committed air warrior, who laid down his life in the service of the nation.