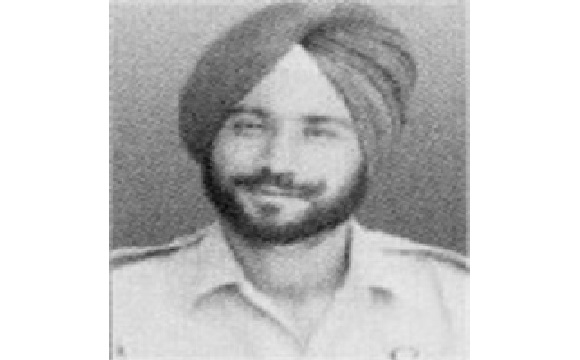 Fg Offr Man Mohan Singh hailed from the state of Punjab and was born on 08 Jan 1944. He was commissioned into the Indian Air Force on 04 Jun 1967 at the age of 23 years. He was commissioned in the fighter stream of the IAF and got trained as a fighter pilot as part of 97th Pilots' course. After completing his flying training, he served with various flying squadrons located at different Air Force bases. By 1971, Fg Offr Man Mohan Singh had put in about 4 years of service and evolved into a professionally competent fighter pilot having experience in various air operations.

During 1971, Fg Offr Man Mohan Singh was serving with 9 Sqn, known as "Wolfpack". The Squadron was formed at Lahore on 3 January 1944 under the command of Squadron Leader A W Ridler of the Royal air Force. Initially the Squadron operated Harvard, Tempest and Spitfire aircraft but was later armed with the Gnats. In 1964, it moved to Ambala with Wing Commander Reginald John Manual Upot as its commanding officer and and also took part in the1965 war with Pakistan. As war broke out with Pakistan on the 3rd of December, 1971, the Squadron with Wing Commander Karan Yadav as its commanding officer was tasked for various offensive air missions. During the 1971 war a part of the Squadron moved to Amritsar to take part in combat air operations. As part of ongoing operations Fg Offr Man Mohan Singh was detailed to ferry one aircraft from Amritsar to Halwara on 07 Dec 1971.