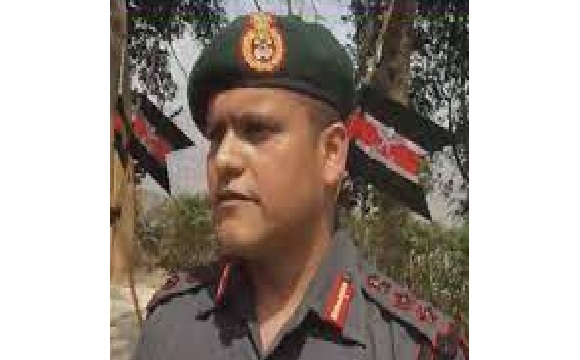 Colonel Viplav Tripathi hailed from Raigarh district in Chattisgarh and was born on 20 May 1980. Son of Shri Subhash Tripathi and Smt Asha Tripathi, he had a younger brother Anay Tripathi as his sibling. He did his initial schooling in Raigarh and then moved to study at Sainik School Rewa, in Madhya Pradesh. It is at this school that the foundation of his future military career was laid. He was inclined to join the armed forces since his childhood and this passion grew along with his age. His father a senior journalist and editor of the local Hindi daily 'Dainik Bayar' and mother Asha Tripathi a  librarian also encouraged him to follow his dream. He was also inspired by his grand father Kishori Mohan Tripathi who was a freedom fighter, a member of the Indian Constitution Draft Committee and also the first MP from Raigarh-Surguja in 1951.

Eventually he got selected to join the NDA after his schooling and later moved to IMA Dehradun for further training. He passed out from IMA as a Lieutenant in the year 2001 at the age of 21 years. He was commissioned into the Kumaon Regiment, an infantry Regiment known for its valour and battle honours in various operations. After serving for few years, he got married to Ms Anuja and the couple had a son Abir. Later he also completed his staff course from the prestigious Defence Service Staff College (DSSC) Wellington. By the year 2021, he had completed about 20 years of service and had been promoted to the rank of Colonel.

During Nov 2021, Col Viplav Tripathi was serving as the Commanding Officer of 46 Assam Rif battalion, deployed in Manipur for counter-insurgency operations. There had been increased militant activity in the border region of Manipur since the early part of the year 2021 and in response to this, the Army and paramilitary forces had been conducting coordinated operations along the 1,643-km of an unfenced border between Manipur and Myanmar. On 13 Nov 2021, Col Viplav Tripathi was returning to his battalion headquarters at Khuga after a visit to his unit's forward operating base in Behiang area near India-Myanmar border. Col Viplav Tripathi was moving in a four vehicle convoy along with his family and soldiers of quick reaction team.

However, as the convoy reached Sehkan village in Churachandpur district of Manipur, the militants of PLA (People's Liberation Army) and MNPF (Manipur Naga People's Front) launched a surprise attack in a pre-planned move. At around 1030 hrs in the morning, the militants first detonated an IED and followed it up with indiscriminate firing from vantage points in the surrounding forested area. The attack was very sudden and devastating, giving no time for the soldiers to take any action. Consequently Col Viplav Tripathi , his wife Smt Anuja, son Abir and four other soldiers lost their lives in this dastardly attack. Besides Col Viplav Tripathi the other martyred soldiers included Rfn Suman Swargiari, Rfn Khatnei Konyak, Rfn RP Meena and Rfn Shyamal Das. Col Viplav Tripathi was a gallant soldier and fine officer who laid down his life in the line of his duty.