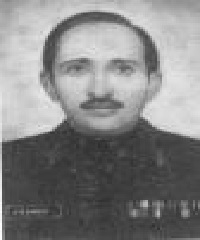 Colonel Vijay Kumar Bakshi hailed from Jalandhar district of Punjab and was born on 03 April 1943. Son of Shri SB Balmokand Bakshi, Col Bakshi completed his schooling from Delhi United Christian School and then graduated from Ramjas College, New Delhi. Soon after his graduation, he got selected to join the Army at the age of 22 years. He was commissioned on 25th Dec 1965, into the 6/8 GR of 8 Gorkha Rifles Regiment, one of the most celebrated regiments of the Indian Army, known for its fearless soldiers and producing one of the greatest soldiers of the Indian Army, Field Marshal Sam Manekshaw.

By 1989, Col Bakshi had put in over two decades of service in the Army and had served in various operational areas during this period and had been promoted to the rank of a Colonel. During 1989, Col Bakshi was functioning as the Commanding Officer of 6/8 GR which was sent to Sri Lanka as part of IPKF. Col Bakshi had gained the reputation of a committed soldier and a fine officer who always led from the front like a true military leader.

After the Ind0-Sri Lanka accord was signed in July 1987 , Indian Peace Keeping Force was inducted in Sri Lanka. After the induction of Indian forces in Aug 1987, the militants were supposed to surrender but the dreaded LTTE backed out and unleashed war on Indian forces. Initially only 54 division of the Army was inducted but the escalation of the operations brought three more divisions 3, 4 and 57 into the conflict. By Mar 1989, Indian forces had undertaken numerous operations against LTTE but the war was far from over. 6/8 Gorkha Rifles battalion , commanded by Col Vijay Kumar Bakshi, was inducted into Sri Lanka as part of IPKF and got involved in the operations right after its induction.

Based on the intelligence reports about the presence of LTTE militants in Wani sector, the security forces planned a search and destroy operation on 02 Mar 1989 by the troops of 6/8 GR battalion. Considering the critical importance of the operation , Col Bakshi decided to lead the operation himself. As the troops were on their way to the suspected area, they encountered a militants’ camp in the area of Nayaroo Lagoon in the Wani Sector (Sri Lanka). This contact, which started as an exchange of fire, with militants firing from multiple directions, turned into a prolonged engagement, lasting over twenty-four hours. However during the heavy exchange of fire Col Bakshi  got hit by bullets and was injured. Unnerved, Col Bakshi  refused to break contact with the militants and continued to press forward. He ensured relentless pressure on the militants, causing heavy damage and casualties on them. Subsequently Col Bakshi  succumbed to his injuries and was martyred.

Citation for the Maha Vir Chakra awarded to him reads:-

On 2 March 1989, Colonel Vijay Kumar Bakshi led a company group of 6/8 Gorkha Rifles on a search-and-destroy mission. The company encountered a militants’ camp in the area of Nayaroo Lagoon in the Wani Sector (Sri Lanka). This contact, which started as an exchange of fire involving firing by the militants from multiple directions, turned into a prolonged engagement, lasting over twenty-four hours. During the action, Colonel Bakshi personally led his troops and, despite being injured, refused to break contact with the militants and continued to press forward. Through his personal example, Colonel Bakshi ensured continued pressure on the militants, which resulted in inflicting heavy damage and casualties on them. Finally, he received a bullet injury and died. Throughout the operation, Colonel Vijay Kumar Bakshi displayed conspicuous courage, determination, and valiant combat leadership.