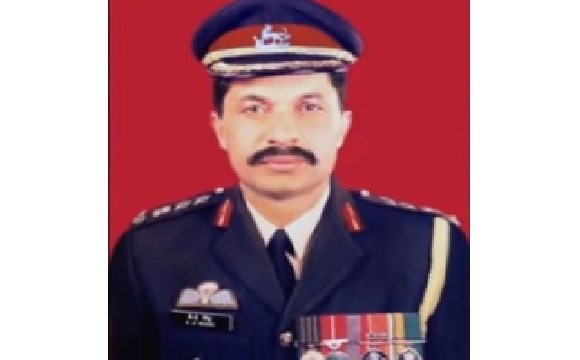 Colonel Kanwar Jaideep Singh Salaria hailed from Pangoli village in Pathankot of Punjab and was born on 18th July 1961 into a military family.  Son of an Army veteran Col Randhir Singh and Smt Puro Devi, Col Kanwar since his younger days always wished to follow into the footsteps of his father and join the Army. He completed his schooling at St Joseph Convent Pathankot and then went on to graduate from SD College Pathankot. He then got selected to join the Army through Combined Defence Services Examination and became an officer in the year 1983 at the age of 22 years. He was commissioned into 6 Dogra of the famed Dogra Regiment, a regiment known for its fearless soldiers and a number of battle honours. After passing out of the training academy, he served in various units in different operational environments and terrain.

By 2002, Col Kanwar had put in over nineteen years of service and had evolved into a battle-hardened and professionally competent soldier. As a Company Commander Col Kanwar led his troops with great zeal and tenacity in various operations in the north-eastern sector and eliminated a number of terrorists. Col Kanwar was a very brave and committed soldier and proved his mettle in various operations during his service career. For his deep commitment to the service and military leadership skills, he was awarded the gallantry awards of the Sena Medal as well as Shaurya Chakra. He later assumed the charge of 6 Dogra battalion as commanding officer.

Col Kanwar Jaideep Singh had taken over as Commanding Officer of 6 Dogra in early Mar 2002. His unit was deployed in a terrorist-infested area of Rajouri district and Col Kanwar had prepared his unit very well to undertake challenging operations as demanded by the existing environment. On 18th August 2002, Col Singh’s reconnaissance patrol had a chance encounter with a group of armed infiltrators in Nowshera in Rajouri district of J&K. Col Kanwar immediately swung into action and moved along with his troops to engage and eliminate the terrorists.

Col Kanwar Jaideep Singh Salaria was given the gallantry award, “Shaurya Chakra” for the second time for his act of valour, unflinching courage and supreme sacrifice. He was a soldier at heart and an officer par excellence who laid down his life in the service of the nation. Col Kanwar Jaideep Singh is survived by his father Col Randhir Singh(Retd), mother Smt Puro Devi, wife, Smt Anuradha Rajput, daughter Aakanksha Salaria, and brother Shri Kanwar Kuldeep Singh Salaria.

Late Col KJ Singh SC*, SM made the supreme sacrifice on 18 Aug 2002 in the finest tradition of the ‘Dogra Regiment’ and Indian Army while fighting terrorists in Nowshera, Rajouri (J&K). His act of valour, bravery and supreme courage always remains a constant source of inspiration and motivation.

“SOARING SIX” salutes our brave and courageous Commanding Officer, who lived up to the motto of ‘KARTAVYAM ANVATMA’.