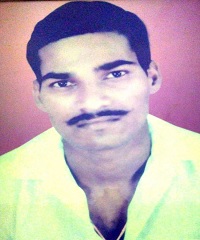 Craftsman Kamlesh Singh hailed from Bhairopur village in Ghazipur district of Uttar Pradesh and was born on 15 May 1967. Son of an army veteran Hony Capt Anjanath Singh and Smt. Keshari Devi, Cfn Kamlesh Singh was second among four brothers. His siblings included, the elder brother Ramshabd Singh and the younger brothers Rajesh Singh & Rakesh Singh. His father retired in the year 1990 as Honorary Captain after serving for 28 years in the Rajput Regiment of the Army.

Cfn Kamlesh Singh had his early education from Kendriya Vidyalaya Jamnagar (Gujarat) where his father was posted at that time. Thereafter he passed his Middle School in Baddhupur and High School at Nehru Inter College in Shadiabad. He too wanted to serve in the Army like his father and eventually joined the Army after completing his schooling at the age of 18 years. He got selected from Banaras Recruiting Office on 31st July 1985 and was recruited into the Corps of EME.  After serving for a year, he got married to Ms Ranjana Devi daughter of Shri Lal Bahadur Singh from Mahepur village in Gazipur district on 13th May 1986. In April 1999 Cfn Kamlesh Singh got posted to 547 FRI (RECCE & SP) based at Bhatinda.

In June 1999, Cfn Kamlesh Singh along with a contingent 5 Guards was tasked to move to Drass in Kargil sector to undertake operations against Pak forces who had occupied Tololing, Tiger Hill, and adjoining heights. The detachment of 5 Guards was deployed along with 2 Rajputana Rifles Battalion under 56 Mtn Bde which was functioning under overall operational control of 8 Mountain Division. On 11 June 1999, 2 Raj Rif under the command of Col M.B. Ravindernath, was tasked to capture the feature Tololing. After the initial assault by Major Mohit Saxena was held up, on the night of 12th June’99, Capt Vijayant Thapar led his platoon to capture a Pakistani position called Barbad Bunker which proved crucial for the onward battle for Tololing.

During the battle Cfn Kamlesh Singh and his detachment of 5 Guards with their Anti Tank Guided Missiles(ATGMs) were providing support to the attack by the infantry units. By 13 June 1999, the objective was captured but the battle for dominance continued subsequently. On 15 June 1999, when the operation was underway, Cfn Kamlesh Singh was hit by an enemy artillery shell and got severely injured. He later succumbed to his injuries and was martyred. Cfn Kamlesh Singh was a gritty and committed soldier, who made the supreme sacrifice in the line of his duty. He was given the gallantry award “Sena Medal” for his unshakable courage, indomitable fighting spirit and devotion to duty.