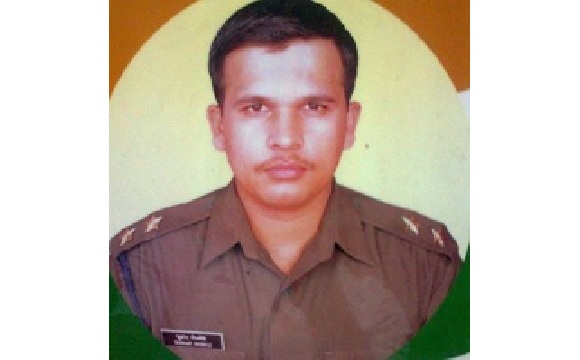 Capt Sushant C Godbole hailed from Pune in Maharashtra and was born on 7th May 1977. Son Of Shri Chandrakant Godbole and Smt Suvarna Godbole, Capt Sushant did his schooling from Sheth Dagduram Kataria High School in Pune. He had a fascination for army life right from his childhood and always dreamt of donning army uniform one day. He continued to follow his dream and appeared for Combined Defence Examination after his graduation from Abasaheb Garware College Pune. Eventually, he joined the OTA (Officers’ Training Academy) Chennai in Oct 1999 and passed out on 2nd Sep 2000 at the age of 23 years.

He was commissioned into 63 Engr Regt of the Corps of Engineers, one of the oldest arms of the Indian army with its motto, “Sarvatra” meaning “Everywhere”. After joining his field unit, Capt Sushant soon gained proficiency in handling mines and other fieldcraft skills.

During 2003, Capt Sushant’s unit was deployed along the International Border near Jammu. After joining the unit, Capt Sushant got engaged in operations as part of "Op Parakram" and was actively involved in the execution of all engineering tasks. His noteworthy achievements during this period included the construction of a formidable water channel (anti-tank obstacle) in the forward zone of one of the most threatened sectors. Capt Sushant was also actively involved in mine-laying activities along the international border. During this period, in one of the assigned tasks of mine recovery, Capt Sushant completed the task of recovering a completely mixed minefield in a record time of 26 days. Thereafter he undertook the recovery of one of the most difficult minefields close to the border on 27th January 2003. Capt Sushant and his team, displaying remarkable courage and diligence located 24 bar mines in two days.

Continuing the assigned task, Capt Sushant on 29th January 2003 was engaged in the recovery of an anti-tank mine. However, at about 1245 hrs, when the operation was underway, the mine got detonated prematurely resulting in an explosion.  Capt Sushant bore the brunt of the blast and was martyred along with his JCO Amarjeet Singh. Capt Sushant was a valiant soldier and a gritty officer who laid down his life at the age of 26 years in the service of the nation.