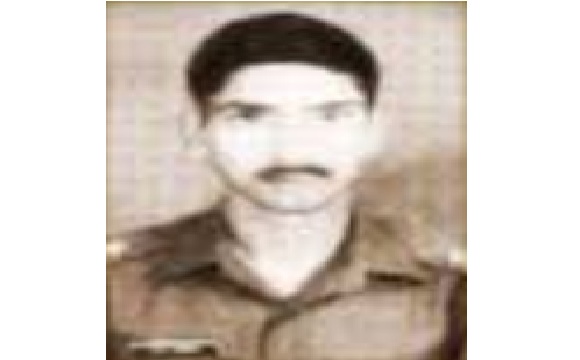 Capt Sunil Chandra hailed from the state of Uttar Pradesh. He did his schooling form Sainik School Lucknow which was established in July 1960. It was the first Sainik School in the country, and was followed by the setting up of other Sainik Schools, under the Ministry of Defence. It was here that the foundation of Capt Sunil Chandra's future military career was laid. His resolve to join the Army grew with the age and consequently, he got selected for the prestigious NDA after finishing school.

He joined the 63rd NDA course in 1979 and passed out in Dec 1982. He later went to IMA Dehradun and was commissioned as a Lieutenant in 1983 at the age of 22 years. He got commissioned into 8 Mahar of the Mahar Regiment, an infantry Regiment well known for its dauntless soldiers and numerous battle exploits.

During 1987, Capt Sunil Chandra was serving with his unit 8 Mahar, which became part of IPKF. After the induction of Indian forces in Aug 1987 in Sri Lanka, as part of Indo-Sri Lankan accord, the militants were supposed to surrender but the dreaded LTTE backed out and unleashed war on Indian forces. Initially only 54 division of the Army was inducted but the escalation of the operations brought three more divisions 3, 4 and 57 into the conflict. Capt Sunil Chandra's unit was deployed in Jaffna area and got involved in numerous operations against the LTTE militants. Capt Sunil Chandra was tasked to lead one such operation on 16 Oct 1987.

A unit located at Analkkoddal was surrounded and repeatedly attacked by the militants on the 16th Oct, 1987 resulting in heavy casualties and necessitating immediate replenishment of ammunition. The supply of ammunition by helicopter failed due to heavy enemy ground fire. In such a scenario, Capt Sunil Chandra along with 15 men was detailed to take ammunition replenishment. All routes to the company were blocked by militants and the operation was fraught with grave risk.  Undeterred, Capt Sunil Chandra left Uduvil at 1900 hours on 16th Oct 1987 and fought his way through despite himself getting wounded in the leg and his party suffering eight casualties.

Capt Sunil Chandra was deployed in Sri Lanka as part of the Indian Peace Keeping force. He was Company Commander of an Infantry Battalion. A unit located at Analkkoddal was surrounded and repeatedly attacked by the militants on the 16th October, 1987 resulting in heavy casualties and necessitating immediate replenishment of ammunition. The supply of ammunition by helicopter failed due to heavy fire. The officer with 15 men was detailed to take ammunition replenishment. All routes to the company were blocked by militants. Capt Sunil Chandra left Uduvil at 1900 hours on 16th October, 1987, fought his way through despite himself getting wounded in the leg and his party suffering eight casualties and reached the besieged company located at Analkkoddal on 17th October 1987, when the company had been left with six rounds of 7.62 MM and two grenades. In the process, he was hit by an MMG burst in the chest but crawled on till he reached the company and handed over the ammunition. Subsequently he succumbed to his injuries.