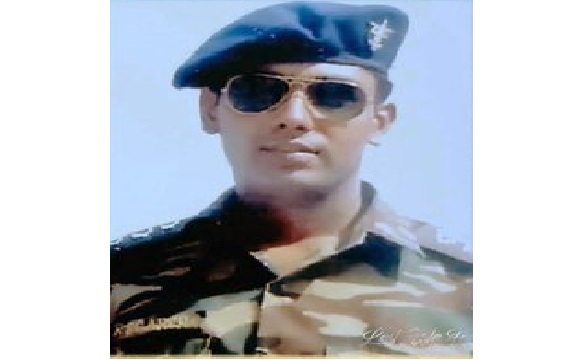 Captain Roopendra Singh Garcha hailed from Jalandhar district in Punjab and was born on 20 Oct 1974. Son of Lt Col Joginder Singh Garcha and Smt Harminder Kaur, Capt Roopendra Singh  had a brother Deepinder Singh as his sibling. As he grew up in a military family, Capt Garcha had a passion for army life since his younger days and always wanted to serve in the Armed Forces like his father. After completing his graduation, he got selected to join the Army and went to the prestigious OTA (Officers' Training Academy), Chennai. He joined the SS 64 course at OTA and passed out on 05 September 1997 as a Lieutenant. He was commissioned into the Corps of Army Air Defence, an important combat support arm of Indian Army.

During Jun 2000, Capt RS Garcha's unit 323 AD Regiment was deployed in the Pulwama district of J&K  as part of "Operation Rakshak". The unit was operating in a militant-infested area and consequently, it had to undertake operations against the militants on a frequent basis. The LOC located near to its AOR(Area of Responsibility) remained highly active and volatile with ceasefire violations occurring very often and without any warning. The area was also prone to infiltration, which necessitated regular armed patrols to check any infiltration from across the border. Following inputs from intelligence sources about the presence of some terrorists, the security forces decided to launch a search operation in Lakipur village in Pulwama district on 30 Jun 2000. Capt RS Garcha was tasked to lead that operation on 30 Jun 2000.

As Capt Garcha was entering the village,  he sensed something amiss and ordered his team to halt. Without caring for his own safety, Capt RS Garcha said that he would move alone first and they should follow him only if he signaled.  But as Capt RS Garcha stepped forward, he came under a massive IED blast and was severely injured. Capt RS Garcha soon succumbed to his injuries and was martyred. Capt RS Garcha was a committed soldier and a fine officer, who led from the front and laid down his life in the service of the nation before he could even turn 26.