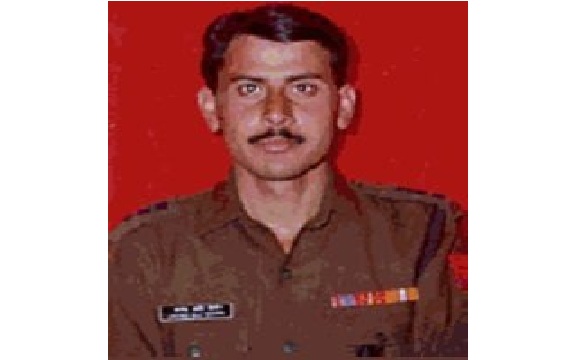 Captain Javed Ali Saifi was born on 1st August 1968 in Bulandshahar in Uttar Pradesh. He grew up in Zakir Nagar in Delhi and had two brothers and three sisters as his siblings. He completed his B.Sc in Civil Engineering from Jamia Millia Islamia in New Delhi and got selected to join the Army after clearing the Combined Defence Services Examination. He was commissioned as a Lieutenant into 201 Engineering Regiment of the Corps of Engineers, the important combat support arm of the Indian Army. In the year 1994, he got married to Ms Abida and the couple was blessed with a son Faisal.

After serving for sometime with his parent unit, he was deputed to serve with 35 RR Battalion, deployed in J&K for counter-insurgency operations. By the year 2000, Capt Javed Ali Saifi had put in around 5 years of service and had developed into a fine officer with commendable soldierly skills.

During Aug 2000, Capt Javed Ali Saifi's unit 35 RR was deployed in Srinagar of J & K  and was involved in operations against the militants on a regular basis. After joining the RR battalion, Capt Javed Ali became part of a number of counter insurgency operations and proved his mettle as a soldier. Within short span of time, he honed his filed craft skills and won admiration from his peers and juniors as well. He had a cheerful disposition and was admired by all. In the third week of Aug 2000, the unit received information about the presence of terrorists in Srinagar district falling under its AOR(Area of Responsibility).  A decision was taken to launch an operation to nab or eliminate the terrorists at the earliest.