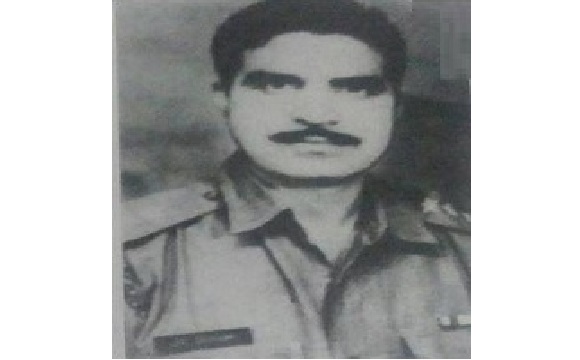 Captain Jagdish Chander Gosain hailed from New Delhi and was born on Aug 09, 1938. He was commissioned into 196 Mountain Regt of the Regiment of Artillery, an important combat arm of the Indian Army, well known for its booming field guns.

During 1971 Indo Pak war, Capt Jagdish Chander Gosain's unit 196 Mtn Regt was deployed in J&K. The unit was deployed in Balnoi sector of J&K and was operating field guns in support of ground operations by infantry units. By 13 Dec 1971, the battle on the western front had become very fierce with fast-changing battle lines. On the night of 13 December 1971, Capt Jagdish Chander Gosain was detailed as forward observation officer (FOO) with a leading company in the attack on an enemy defended area in Balnoi sector. The attack by infantry soldiers was held up due to effective fire from the enemy cement concrete bunkers.

The situation demanded neutralization of enemy bunkers to facilitate advance of own infantry soldiers. Capt Gosain, as FOO undertook the task of neutralizing the enemy bunkers with accurate Artillery firing. The enemy Artillery fire was also raging with shells falling in his vicinity. However undeterred, Capt Gosain, stood in the lethal zone of own shells as well as that of the enemy to effectively direct our own artillery fire. Subsequently he assumed command of the company and assaulted the bunkers in broad daylight along with 40 other soldiers. However, while doing so, he got hit by enemy shells and was seriously injured.  He later succumbed to his injuries and was martyred on 14 Dec 1971. Capt Gosain was a gallant soldier and determined officer who made the supreme sacrifice in the line of his duty.

The citation for Vir Chakra awarded to him reads :
On the night of 13 December 1971, Captain Jagdish Chander Gosain was detailed as forward observation officer with a leading company in the attack on an enemy defended area in the Western Sector. The attack was held up due to effective fire from cement concrete bunkers. Captain Gosain, therefore, stood in the lethal zone of own shells as well as that of the enemy to effectively direct our own artillery fire.
Later he assumed command of the company and assaulted the bunkers in broad daylight along with 40 other ranks. In this action, Captain Gosain displayed gallantry, leadership, and determination and made the supreme sacrifice for the call of duty in keeping with the best traditions of our Army.