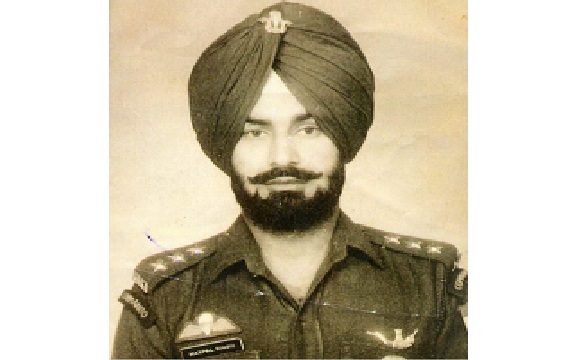 Captain Harpal Singh hailed from Macrona village near Chamkaur Sahib in Rupnagar district in Punjab. Born in a Jat Sikh family, he was cut out for a courageous role in his life. Son of an army veteran Maj Pritam Singh, Capt Harpal Singh had one brother and three sisters as his siblings. After initial education, he got admission in the Punjab Public School (PPS) Nabha in the year 1965 and passed out in 1972. He had a cheerful demeanor and was very popular in his school.  Affectionately called “Phoola”, he was an outstanding sportsman and went on to become the 'School Head Boy'.

Following into the footsteps of his father, he joined the army in the year 1976. He was commissioned into the elite “1st  Para Regiment” (SF) battalion of the Parachute Regiment, an elite infantry Regiment well known for its daredevil para commandos and numerous bold operations. After joining his unit, he underwent various professional courses and did extremely well. He also went on to specialize in ‘Deep Sea Diving’. By the year 1988, Capt Harpal Singh had put in around 12 years of service and had evolved into a dedicated and courageous officer.

During June 1988, Capt Harpal Singh's unit was deployed in Sri Lanka as part of 'Op Pawan". After the induction of Indian forces in Aug 1987, the militants were supposed to surrender but the dreaded LTTE backed out and unleashed a war on Indian forces. Initially, only 54 division of the Army was inducted but the escalation of the operations brought three more divisions 3, 4 and 57 into the conflict. By June 1988, Indian forces had undertaken numerous operations against LTTE but the war was far from over. Capt Harpal Singh’s unit, 1 Para(SF), was tasked for one such operation on 23 June 1988. Based on credible intelligence reports a decision was taken to launch an operation to attack a LTTE camp, located in the area of operation of 1 Para(SF).

The operation involved dropping Para commandos of 1 Para (SF) in a patch of jungle, where an LTTE camp was suspected to be located. At about 0950 hrs, on 23rd June morning. Capt Harpal Singh and his comrades reached the target area in an armed helicopter gunship.  As the M-18 helicopter gunship hovered at 15 to 20 meters above the ground, the LTTE men who had been hiding under the trees stepped out into open and fired automatic weapons at the helicopter. At that time Capt Harpal Singh was at the open rear end of the gunship and immediately swung into action. He fired back at the attackers thereby exposing himself and was hit in the chest. He soon succumbed to his injuries and was martyred. Capt Harpal Singh was a valiant soldier and a fine officer who laid down his life in the line of his duty.