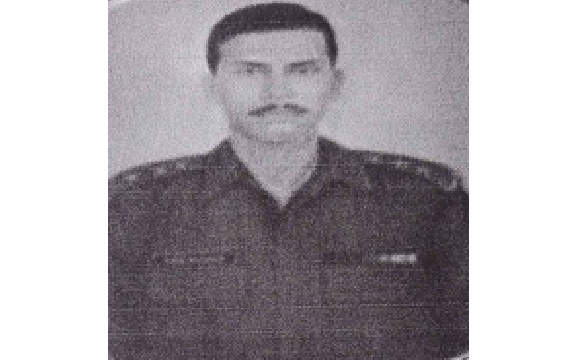 Capt Hari Raj Kumar was commissioned into 9 Grenadiers battalion of the Grenadiers Regiment, an infantry Regiment known for its valiant soldiers and various battle honours. After completing his training he served in various operational areas and developed into a tough soldier and gritty officer who always led from the front. In the year 2000, he was given the gallantry award, “Shaurya Chakra” for his dauntless courage and leadership during a counter insurgency operation in Assam. After his tenure in Assam he was he deputed to serve with 12 RR battalion deployed in J&K for counter insurgency operations.

During 2001, Capt Hari Raj Kumar's unit 12 RR was deployed in Doda district of J&K. As the area of his unit’s operation was very volatile and prone to infiltration by militants, the unit had to maintain a strict vigil at all times and deployed armed patrols with regular frequency. The landmines along the patrol routes posed a serious danger to the troops and the Bomb Disposal Squad of the unit was often called upon to sanitize the routes. On 12 Mar 2001, Capt Hari Raj Kumar was leading one area domination patrol in the unit's AOR in Banihal area along with a Junior Commissioned Officer(JCO) Nb Sub Parveen Singh and few other soldiers.

Capt Hari Raj Kumar and his soldiers were traversing through the challenging terrain as per the planned patrol route. However as they reached Phagu village near Dulligam about 5 Kms from Banihal in Doda district, there was a massive blast around 1600 hrs.  The blast was triggered by a remote controlled IED(Improvised Explosive Device) by the militants. It appeared that the militants had knowledge about the troops movement and had left the village after planting a powerful IED. The blast had a devastating effect, injuring Capt Hari Raj Kumar and his JCO Nb Sub Parveen Singh severely. They soon succumbed to their injuries and were martyred. Capt Hari Raj Kumar was a committed soldier and a fine officer, who laid down his life in the service of the nation.

The citation of "Shaurya  Chakra" awarded to him reads: